Mid-Atlantic
NOAA warns divers and anglers “to be extremely cautious and to avoid contact with the venomous spines of the lionfish.” FACEBOOK SCREENSHOT 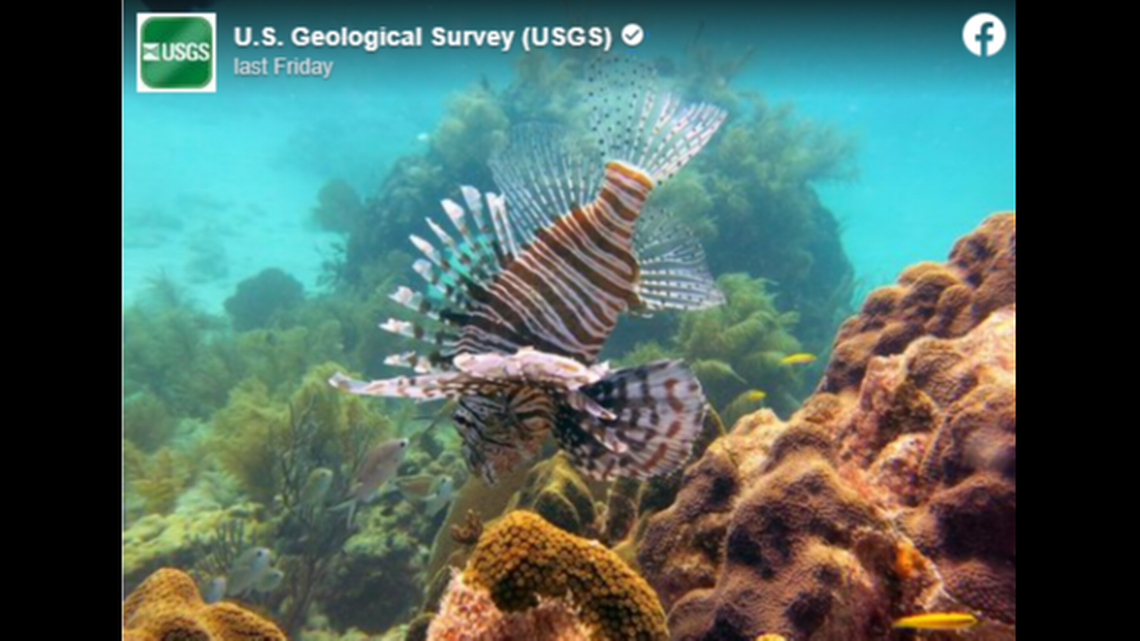 North Carolina may owe Florida an apology. The lionfish invasion plaguing waters off Florida may have begun in North Carolina, according to a new study from the U.S. Geological Survey.

Lionfish are native to the Pacific Ocean, and experts have long maintained someone in Florida likely unleashed the stinging species when they emptied an aquarium in open water.

However, it appears that may have actually happened in North Carolina, the USGS wrote in a Facebook post.

It matters because the species of “ambush predators” have no natural enemies in the region and bear venomous spines that require victims to seek medication attention, according to N.C. Department of Environmental Quality.

“Lionfish were first reported off the Florida coast in 1985, leading many scientists and environmental managers to believe that Florida was the invasive fish’s only introduction point before it rapidly spread into the western North Atlantic, Caribbean and Gulf of Mexico,” the USGS said.