Mid-Atlantic
The blue area off the Atlantic Coast is the region WesternGeco is proposing seismic surveys to search for oil and natural gas deposits. (WesternGeco graphic) 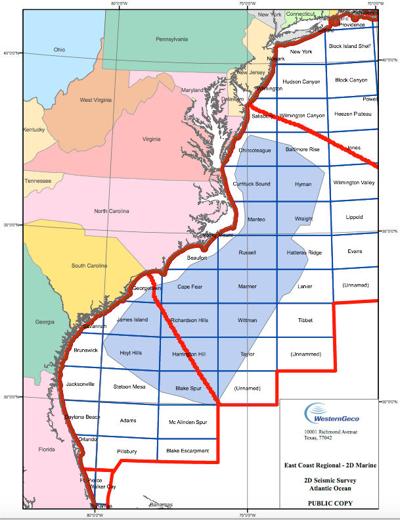 RALEIGH — State officials are looking into appealing to a federal court the U.S. Bureau of Ocean Energy Management’s decision to allow seismic surveying off the North Carolina coast.