Mid-Atlantic
The blue-green water at Bennet’s Millpond in Chowan County, shown here from above, is evidence of a recent algal bloom. Photo: Jared Lloyd 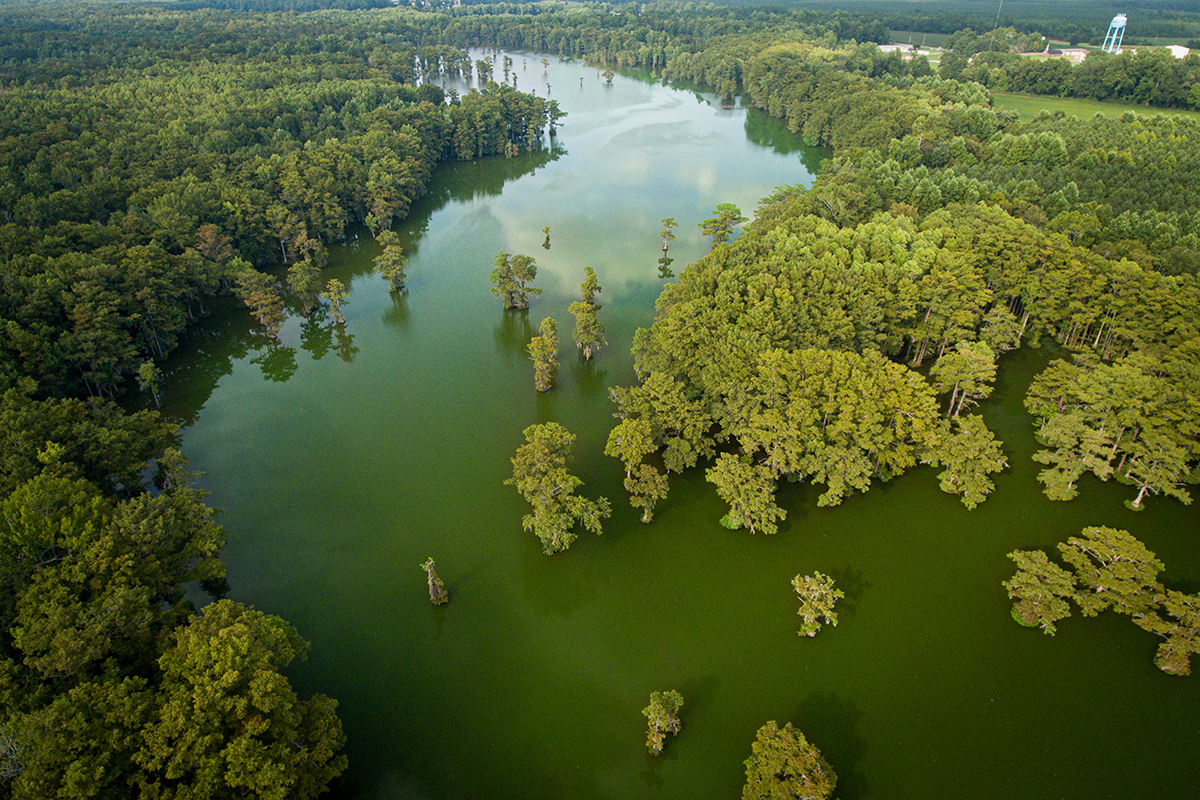 NC - Something is causing more algal blooms in more places

The River Thames is healthier than people might think as shown by seal numbers, conservationists have said.

In the quiet fresh waters of the Chowan River basin, its unhealthy water quality is illustrated all too well during the summer by blue-green algal blooms, whether creeping along the shoreline or exploding shore to shore.

“They were really bad in 2015,” said Colleen Karl, chair of the Chowan Edenton Environmental Group, or CEEG. “It started in Edenton Bay. The water was turquoise.”

Algae, which are photosynthetic microorganisms, are natural inhabitants of waterways. But when conditions are off-balance, they can quickly multiply to harmful algal blooms.

Until six years ago, the Chowan’s river and creeks had not had any significant blooms since the 1970s, which were linked to discharges from a paper manufacturer. The problem with algal blooms this time has persisted, but no one is sure what exactly is triggering them, beyond unhealthy amounts of nutrients.