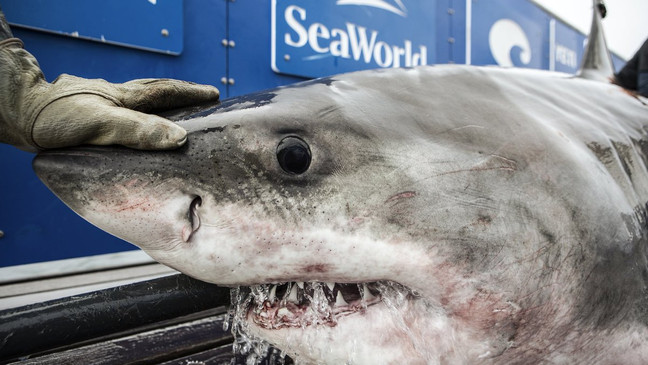 A huge great white shark that stopped by coastal North Carolina late last year has paid a return visit to the region.

Nukumi was tagged in Canada in October and pinged at Wilmington and Buxton on Hatteras Island last November.

Researchers named her "Nukumi", pronounced noo-goo-mee, for the legendary wise old grandmother figure of the Native American Mi'kmaq people -- a culture that has deep roots in Canadian Maritime provinces.

Nukumi is the sixth great white shark sampled during Ocearch’s Expedition Nova Scotia in October, and researchers said at 17 feet 2 inches long, she is the largest they have identified in the Northwest Atlantic white shark study to date.