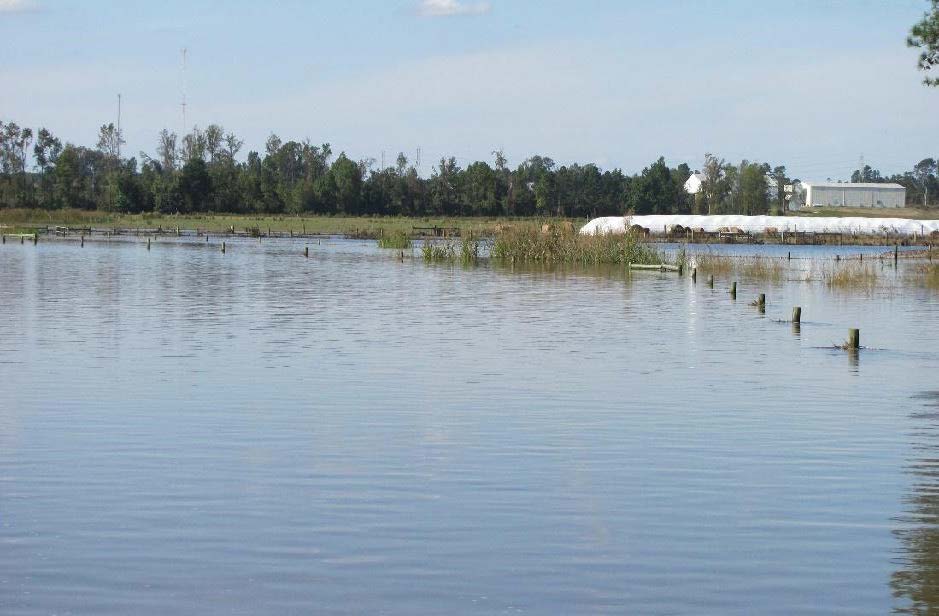 NC - Seeds of Resilience May Be In Forests, Farms

There’s a growing body of evidence on what a warmer, wetter climate holds in store for our generation and future North Carolinians.

Among the effects already being felt and already baked in for decades ahead are more frequent heavy rains and, with them, repeated flooding in vulnerable areas.

The threat of greater flooding extends to every corner of the state. Eastern North Carolina comes to mind quickest because of the stunning disasters here. But intense rain events are happening in the west as well in places like Asheville, which has seen a series of floods over the past decade.

Although most of the state’s cities and towns have been expanding their stormwater requirements and capabilities over the past few decades, none are engineered to deal with a deluge.

In the state’s farmlands, the effect of heavy rains extends beyond direct damage to crops. Floods delay planting and harvesting, strand livestock and leave fields inaccessible.

The devastation wrought by Hurricane Matthew and Hurricane Florence brought about major changes in the way the state handles long and short-term disaster response. The one-two punch of 500-year storms that struck less than two years apart washed away doubts about the risks ahead. Even though climate science is not universally embraced in North Carolina, a changing climate is evident. Strategies for dealing with it are changing, too.

After Florence in 2018 churned through many of the same places as Matthew did in 2016, taking on disasters one at a time no longer made sense. Resiliency went from buzzword to watchword.

Gov. Roy Cooper and legislative leaders, often at odds, agreed to form a new state agency, the North Carolina Office of Recovery and Resiliency, to handle both the massive inflow of federal disaster and housing aid, but also to find ways to best fit that aid into a resilience framework.

Getting proactive about flooding in the same way has not been so straightforward, in part because the impacts vary with every turn of the waterways, but mostly because of the enormous expense of raising roads, reconfiguring bridges and culverts and moving people and key infrastructure out of the floodplain.