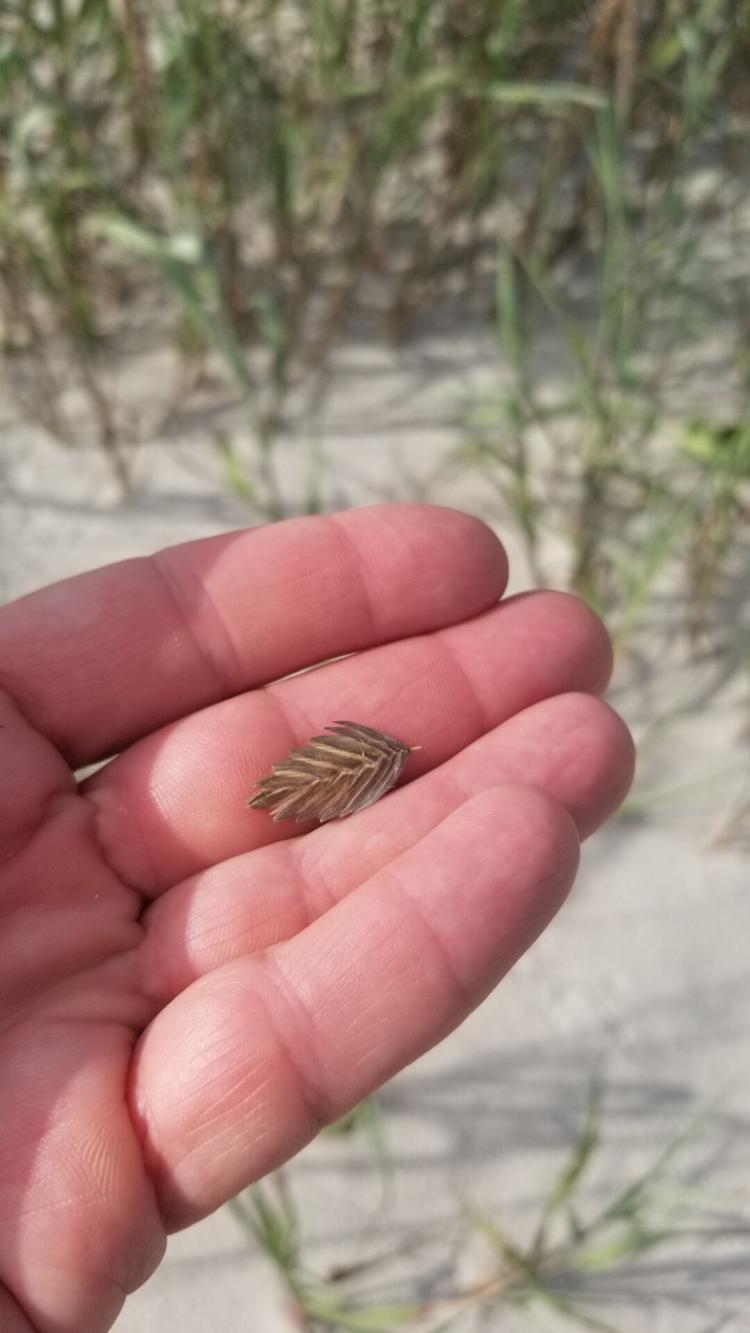 EMERALD ISLE — Crews from Florida-based company EarthBalance harvested enough beach vegetation cuttings last week in Emerald Isle to grow 300,000 plants that will be planted on dunes created next year in a major beach nourishment project along the town’s strand.

“They knocked it out in just a couple of days,” Mr. Rudolph said. “They got 500 pounds of (sea oats and bitter panicum) spikelets and if 10 percent of them are productive and generate good seeds, that should be enough.”

The spikelets will go north to a Massachusetts company which will extract the seeds and ship them south to an EarthBalance greenhouse in Florida to grow into tiny plants that will be planted on the dunes in the spring.

The planting will happen after completion of the planned $31.6 million nourishment project that will begin in the winter and cover central Emerald Isle, eastern Emerald Isle and extreme western Emerald Isle beaches with about 2 million cubic yards of sand dredged from the ocean off Atlantic Beach.

The plants installed next year, like those installed in years past, will help hold new dunes in place, which is the reason it’s illegal and punishable by a fine to remove sea oats from beaches in North Carolina and other coastal states.