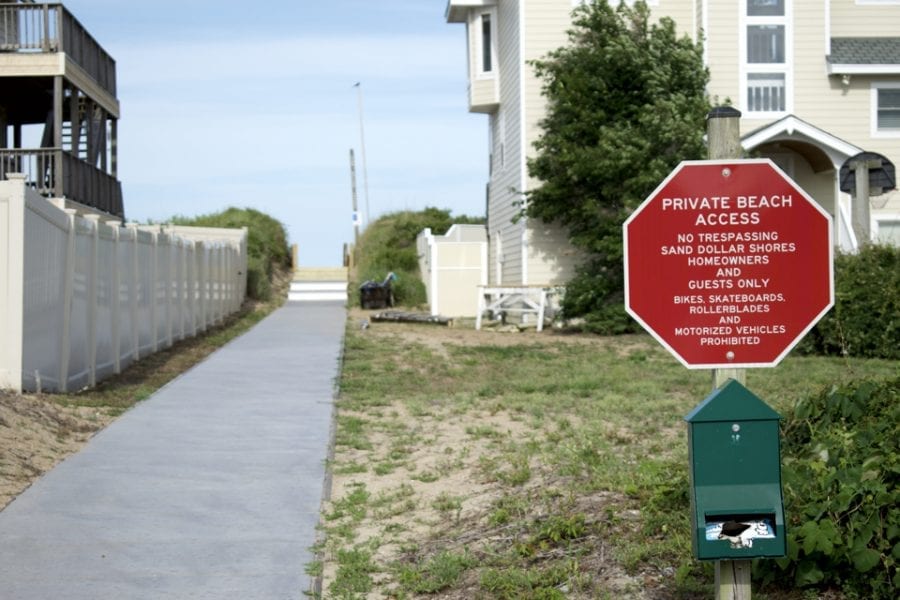 The Sand Dollar Shores Homeowners Association has announced, through its attorney Casey Varnell, that it has appealed a Feb. 14 ruling by a Camden County Superior Court Judge that sided with plaintiff Bob Hovey’s claim that a beach access there belongs to the public.

“It goes without saying that the HOA does not agree with the decision of the trial court,” read a March 9 statement issued by the Sand Dollar Shores HOA, which described its position in the litigation as, “respecting private property rights legally established within the public record.”

The statement added that “the current ruling by the trial court affects many other Outer Banks Communities, and communities statewide, and not simply Sand Dollar Shores.” The HOA release also indicated that it is seeking a stay of trial court’s order that the Sea Breeze beach access in the Duck Subdivision of Sand Dollar Shores is public property.

The dispute over beach access in Duck exploded into public view last May when Hovey was arrested and charged with second-degree trespassing while attempting to use the access at the end of Sea Breeze Drive. A video of Hovey being confronted by two angry homeowners at the time of that incident went viral and stirred up considerable public and social media passions.