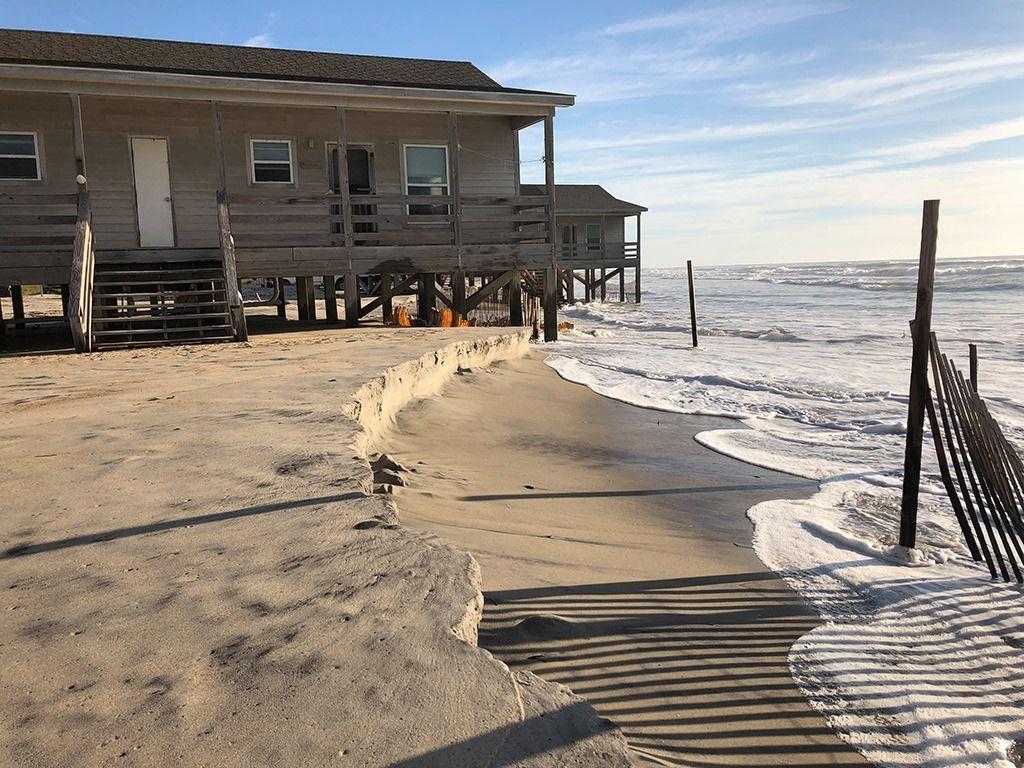 NC - ‘Rustic’ Outer Banks cabins are slowly falling into the ocean. Can they be saved?

One of the most popular spots at Cape Lookout National Seashore on the Outer Banks is crumbling into the ocean, the National Park Service reports.

The “rustic wooden cabins” at Long Point must be moved and soon, otherwise they will not survive, park officials wrote on Facebook.

“The NPS cannot sustain the Long Point Cabins where they are right now,” officials said.

“Twenty years ago, there was over 300 (feet) of beach and dunes between the cabins and high tide. Today, there is 48 (feet) of flat sand. Extreme tides wash under the cabins, and through the camp ... The NPS is not looking to do away with the cabins, but is looking at a better place to locate them that might last, and is better protected.”

Photos shared by the National Park Service show the corners of multiple cabins now hanging over the ocean at high tide, and waves have cut a small cliff in the sand, known as a scarp.

North Carolina’s Outer Banks — a constantly shifting series of barrier islands — have been hit hard by rising sea levels and extreme weather in recent years, including heavy flooding caused by Hurricane Dorian in September. The storm cut 54 new inlets between the ocean and the Pamlico Sound on the other side of the islands, the News & Observer reported at the time.