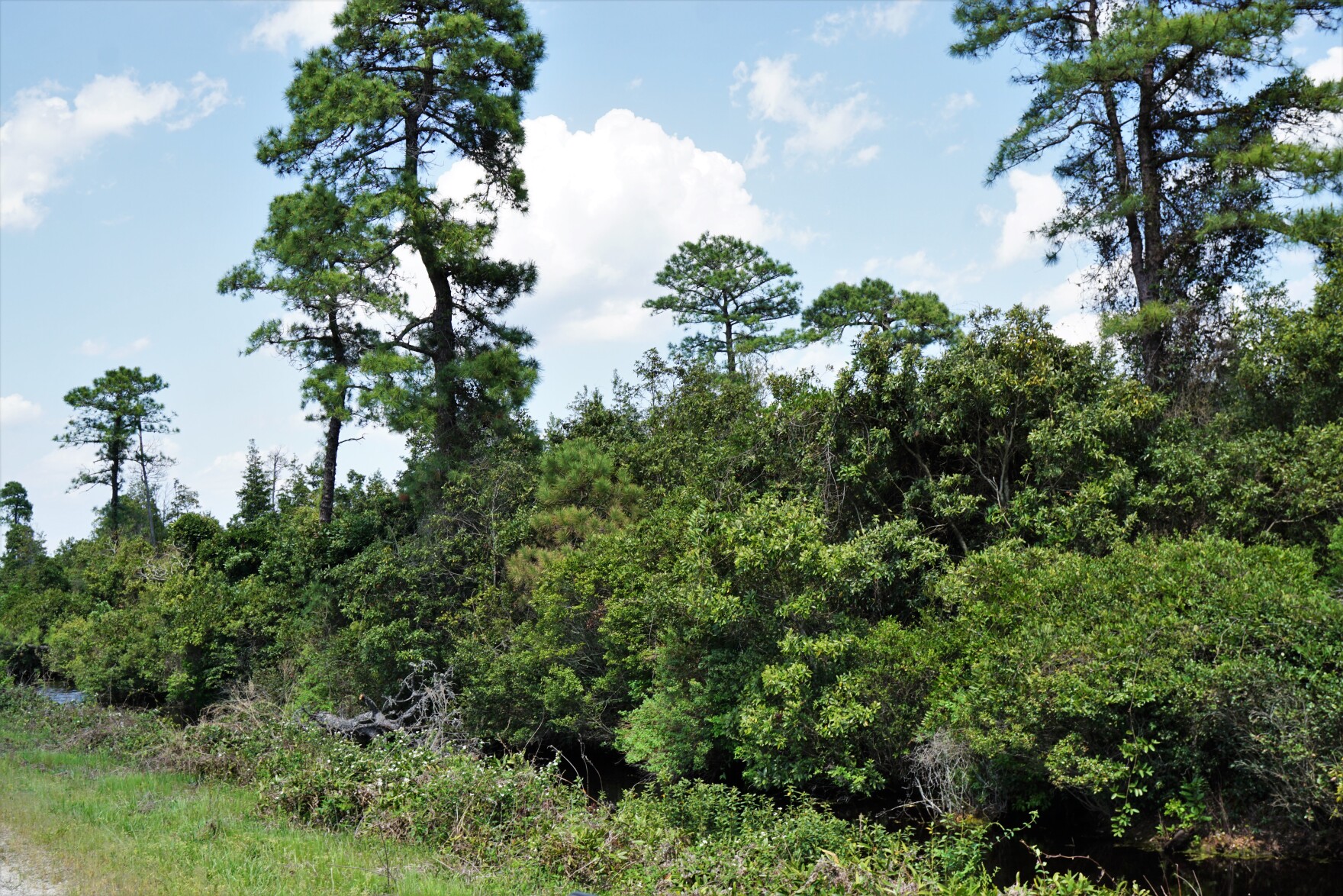 Greg Rubino drives his elongated spade, called a sharpshooter, into the decaying organic matter of the Pocosin Lakes National Wildlife Refuge. He’s a wetland scientist with the North Carolina Division of Water Resources, and once he’s dug about a foot underground, past a mat of roots, he reaches into a bed of “real soil” and grabs a sample, crumbling it between his fingers.

Partially decomposed organic matter makes up most of the soil in a pocosin — the acidic soil keeps vegetation from fully decomposing, forming peat.

Globally, peatlands trap and store approximately 550 billion tons of carbon. In this refuge, these swamps also provide vital habitat for many types of fauna, such as deer, black bears, and even the critically endangered red wolf.

Rubino and fellow wetland scientist Kristie Gianopulos are in the refuge on this day to scout potential field sites for their summer wetland assessment project.

The two scientists stand in front of a dense thicket of fetterbush, a wall of vegetation that looms over them like a tunnel trellis.

“I think this is Lyonia lucida,” says Gianopulos, “A typical pocosin evergreen shrub… but I usually don't see it 15-feet high.”

Rubino describes the technique the field scientists employ to reach some sites, demonstrating a terrestrial breaststroke he called “swimming through the bushes.”

A botanist will then identify every plant within the site, looking for changes in composition and coverage from assessments taken six, 10, and, in some cases, 30 years ago. This comparison will show the team how the wetlands are changing over time.

“Today, we are looking at a project site,” says Rubino. “That will help us try to understand how human-induced sea level rise is affecting our wetland fringe in North Carolina on the western side, where the salty, brackish water meets the freshwater zone.”

Although this spot in Tyrrell County is still miles from the coast, a network of ditches that span the coastal plains of North Carolina has played an unexpected role in transporting saltwater further inland. Settlers and farmers dug these ditches, many with slave labor, to drain coastal wetlands to create agricultural land.

“Those ditches were [...] a double whammy for the systems in that they facilitate the movement of salinity from the sound inland,” says Marcelo Ardon, an associate professor at North Carolina State University’s Department of Forestry and Environmental Resources. “And they also lowered the elevation of a lot of these systems.”

By lowering the water table in pocosins, microbes can now completely decompose the peat, condensing the organic foundation of the swamp. Rising tides and lowering ground levels exacerbate the already precarious situation Tyrrell County faces, where 94% of the county’s population lives in low-lying areas at risk of flooding.