Mid-Atlantic
Flooding in Trenton, near New Bern, in the wake of Hurricane Florence in 2018. The Trent River flows through the town. Photo: Staff Sgt. Herschel Talley/Nebraska National Guard 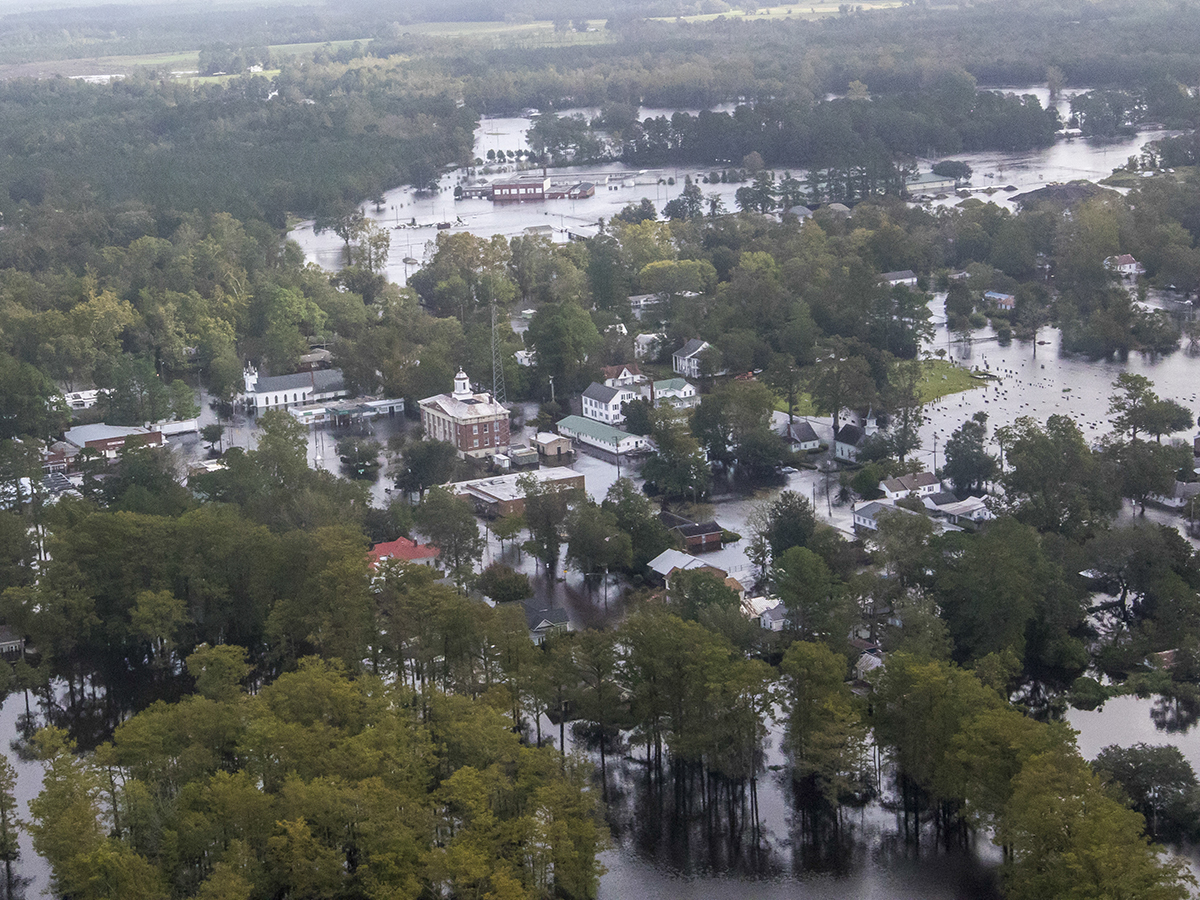 Climate change is causing hurricane-related flooding to increase — along with the cost to recover from these storms — and communities should prepare now. That’s what two researchers recommended during a recent Duke University-hosted media briefing on hurricane preparedness and impacts.

“The biggest change in storm activity for North Carolina is not the frequency of landfalling hurricanes. It’s not even the intensity of these hurricanes. It’s the rainfall. It’s the amount of water that these storms contain,” said Dr. Megan Mullin of the Duke Nicholas School of the Environment.

Mullin, a professor of environmental politics who researches the politics of climate change, including local political response to climate risks, teamed up for the briefing last week with Dr. Lee Ferguson, an environmental chemist at Duke and one of the lead scientists investigating the Cape Fear’s Gen X contamination.

Communities are making progress planning for hurricanes, but obstacles remain, Mullin said, like lack of resources and urgency to recover and return to normalcy after a storm.

Ferguson is an associate professor of civil and environmental engineering who studies the effects of flooding and the potential for contamination from chemical plants, hog farms and wastewater treatment systems.

He explained that the state has contaminant sources that are active almost all the time, and there are always at least low-level inputs from these sources into waterways.