Mid-Atlantic
Rachel Carson Reserve is visible across Taylor’s Creek from the town docks in downtown Beaufort. The affects of Beaufort stormwater on the reserve site was the focus of a recent study. Photo: File 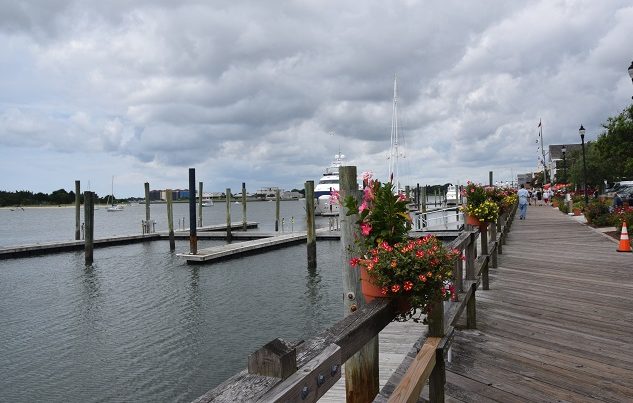 A multiyear, collaborative research project to study how polluted runoff affects the Rachel Carson Reserve in Beaufort has led to a push for a broad coastal partnership to better address stormwater-related issues.

The Stormwater Decision Maker Summit held March 3 at the University of North Carolina Institute of Marine Sciences, or UNC IMS, in Morehead City was a venue for researchers to share what they learned from the study on Beaufort’s water quality, hear from representatives of different towns and counties about how they’ve addressed stormwater issues and concerns, and discuss forming a community of practice that would focus on coastal stormwater issues, according to information about the event.

UNC IMS professor Rachel Noble, who facilitated the summit, led the collaborative research project that began November 2016 and wrapped up October 2019. She broached early in the summit the idea of a community of practice, suggesting such coordination to representatives of coastal town governments, state and nongovernmental agencies in attendance.

Noble told participants that as they’ve worked with and talked with folks across eastern North Carolina, “We’ve kind of continuously identified the need to gather people together and to begin to talk more broadly about regional and cross-collaborative issues.