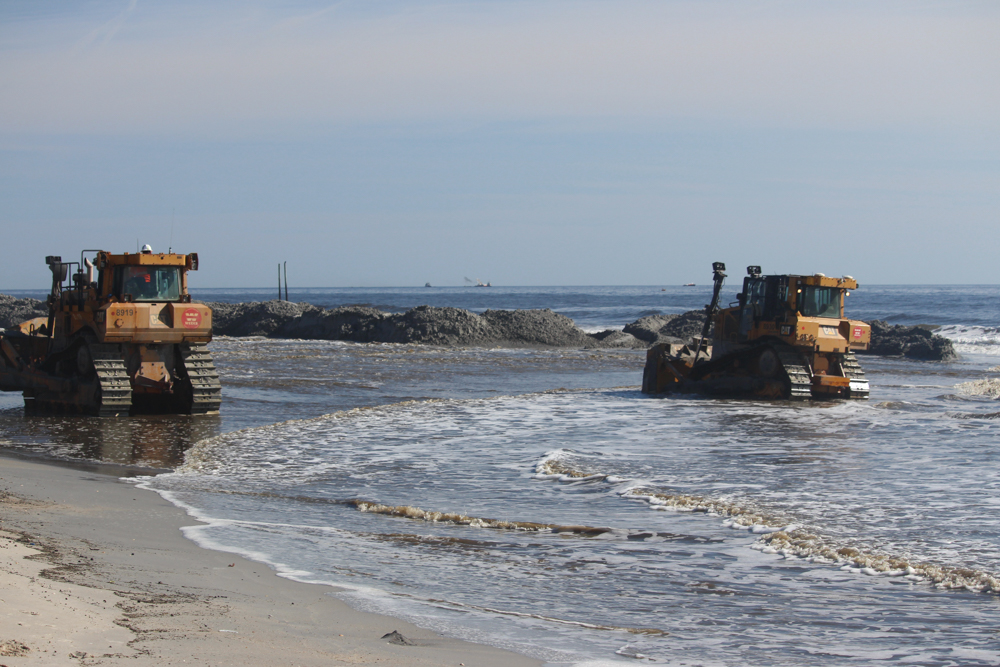 SOUTHEASTERN N.C. — Four months after first hearing federal funds for shoreline protection operations would not be available to New Hanover County, area officials are still in the process of diagnosing what went wrong and scrapping for replacement funds.

The crux of the dilemma involves beach nourishment — a cyclical process of wrangling nature through sand-moving that protects the shores from erosion and mitigates the impact of powerful storm events. The U.S. Army Corps of Engineers manages the projects, which were scheduled to begin next winter for Wrightsville, Carolina and Kure beaches.

That is, until local leaders were caught off guard by the release of the corps’ federal work plan, which omitted the funding for New Hanover County beaches.

Even Rep. David Rouzer (R-NC), who fought to have the money included in the end-of-year spending bill signed in December by former President Donald Trump, was left looking for answers. “I don’t know that anybody knows why or why not the funding was excluded from the work plan for these specific projects,” Rouzer told Port City Daily. “We’ve never gotten an answer on that. And not necessarily that we would expect to, but we certainly have asked.”

According to Rouzer, a mix of players at the federal and local levels created a contingency plan: moving funds from other projects within the Army Corps Wilmington District toward the beach nourishment projects.

“There’s money left over from two projects,” he said. “That money is just sitting there.”

“The Army Corps might have other issues that they want to use that money for,” Rouzer added.

It is unclear whether the omission of New Hanover County beach nourishment projects was made by the corps itself, or the Office of Management and Budget. Rouzer said it could have been either.