Mid-Atlantic
Rob Young (center, black shirt), director of the Program for the Study of Developed Shorelines, has seen the program top the $5 million mark in grants received. 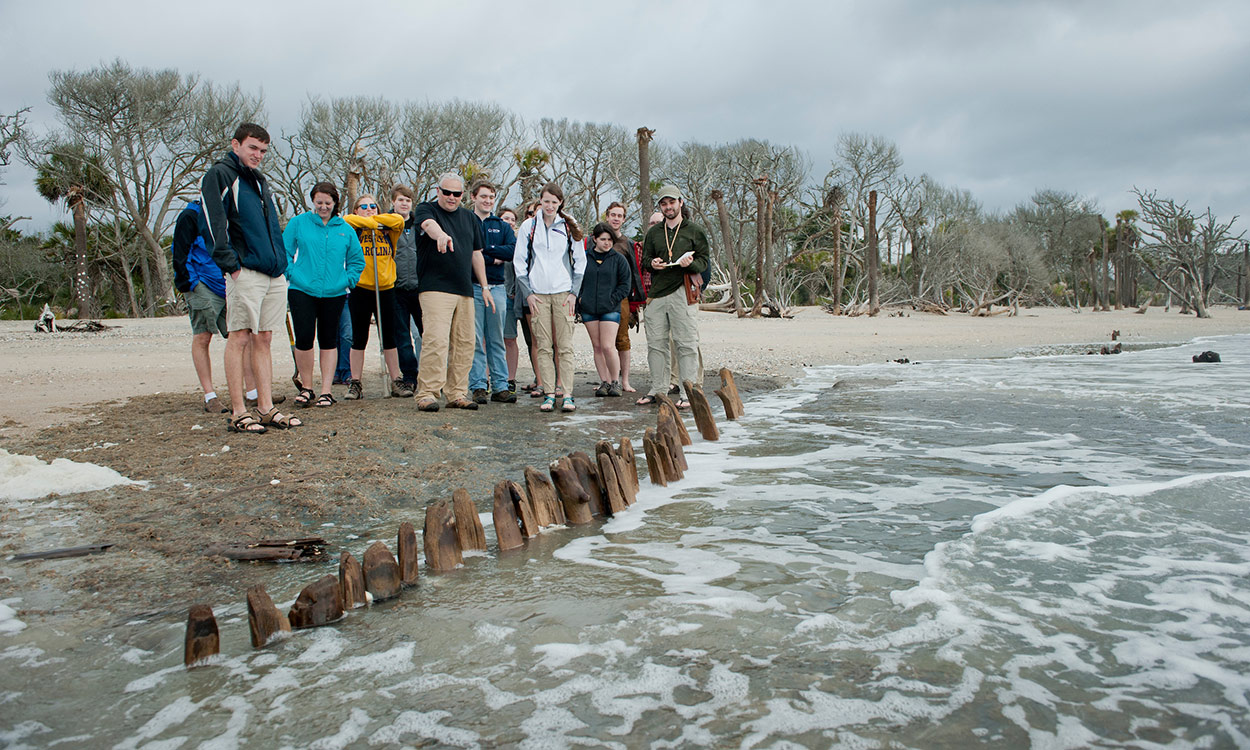 A $5 million milestone recently was achieved by Western Carolina University's Program for the Study of Developed Shorelines, for grants received to support its research and work.

As a self-sustaining program, grants, along with local government contracts and donor support, are critical to PSDS maintaining and fulfilling its mission. A National Park Service grant in August for $420,000 to study vulnerability of infrastructures by natural hazards pushed the program over the mark.

The $5 million doesn’t just support the efforts of PSDS. More than $600,000 of that total grant awards have gone to support the overall research mission of WCU, as indirect costs.

“This is an important moment for us. The continued funding reflects the very high quality of work performed by our staff. We fill many needs for a variety of entities that don't have the expertise or the capacity to do their own analysis,” said Rob Young, director of the program and WCU professor of coastal geology. “We provide tools to assist public and private entities in identifying hazards, examining how their infrastructure will perform when exposed to those hazards, and planning for adaptation.

“Locally we’ve seen the impact of Tropical Storm Fred and the devastation on our Haywood County neighbors, particularly in the Cruso community,” Young said. “The ramifications of climate, like this, reinforce the need for further study and mitigation.”

The WCU research and policy outreach initiative is internationally recognized and works to find economically viable and environmentally sound solutions to coastal problems. Following an editorial he wrote for The New York Times’ Sept. 2 edition, Young was interviewed by CBS News and is frequently called upon by national and local media for expert commentary on climate, erosion and shoreline development topics.

Young and his colleagues conducted a pilot program for vulnerability assessment of a Duck, North Carolina, a coastal community known as a popular beach destination, are members of the American Flood Coalition, a nonpartisan organization advocating for national solutions to flooding and sea level rise and have worked with the National Park Service on both threats to coastal and inland infrastructure.

Internationally, the center has assisted in coastal management issues from the Bulgarian Black Sea to the Caribbean islands of Jamaica, Montserrat, Barbuda and the Dominican Republic, with a particular interest in underrepresented communities.

For more information about WCU’s Program for the Study of Developed Shorelines, visit psds.wcu.edu.