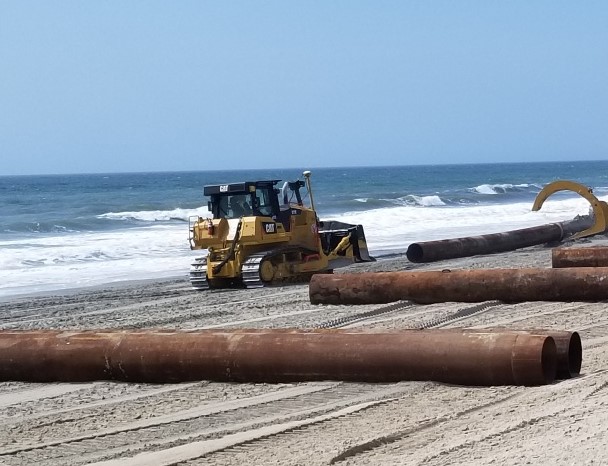 Phase II of the Carteret County Post Florence Renourishment Project is scheduled to begin in the first week of February, the Shore Protection Office reports.

According to the officials, Great Lakes Dredge & Dock (GLDD) plans to mobilize land- and water-based pipe, heavy equipment, personnel, etc. this week and dredging/pumping is scheduled to begin in early February.

The dredge Liberty Island will arrive on-site first and will generally progress and “leapfrog” east to west from Atlantic Beach and continue into Pine Knoll Shores, the Carteret County Shore Protection Office said in the release.

They also added that in mid-March the larger hopper dredge, the Ellis Island will essentially relieve the Liberty Island of her duties and continue “leapfrogging” down the beach to finish the Phase II effort in West Emerald Isle before the April 30th environmental window closes for the sea turtle nesting season and other biological resources.