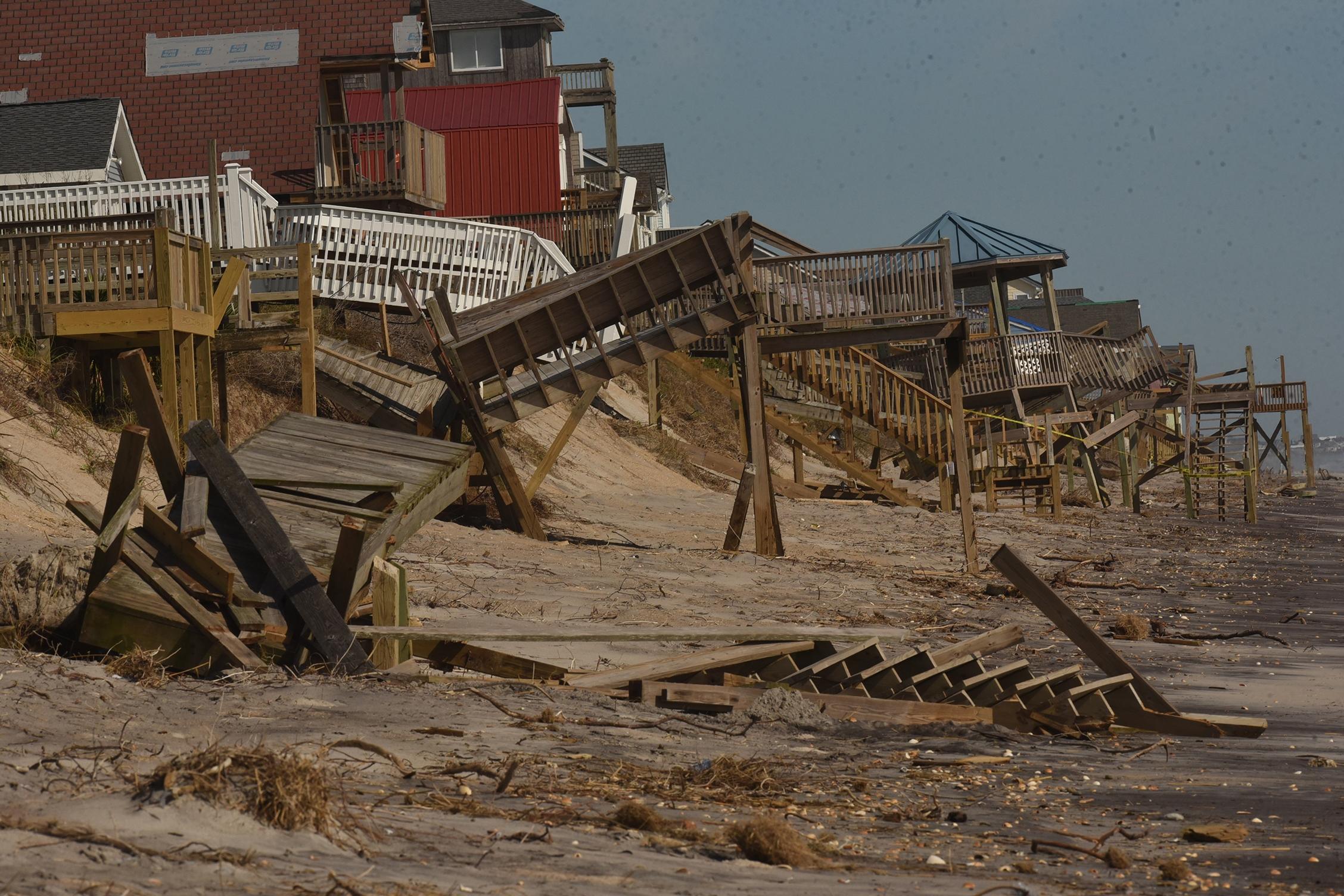 PENDER COUNTY -- Earlier this month, a strong nor’easter tore into the region’s east-facing beaches, washing away sand and gouging large escarpments out along many areas -- especially on Topsail Island.

But while the damage might look serious, officials said they expect most of the sand to eventually come back onshore. Beach nourishment projects that were already in the works also should help heal the beaches still stinging from the pounding they took from Hurricane Florence in 2018.

“The waves did batter the beach somewhat,” he said this week, “but we didn’t have any damage that I know of in terms of lost crossovers or damage to property. We did have some beach erosion and some escarpment on the beach itself. The good news is that our (dune) system did what it is supposed to do.”