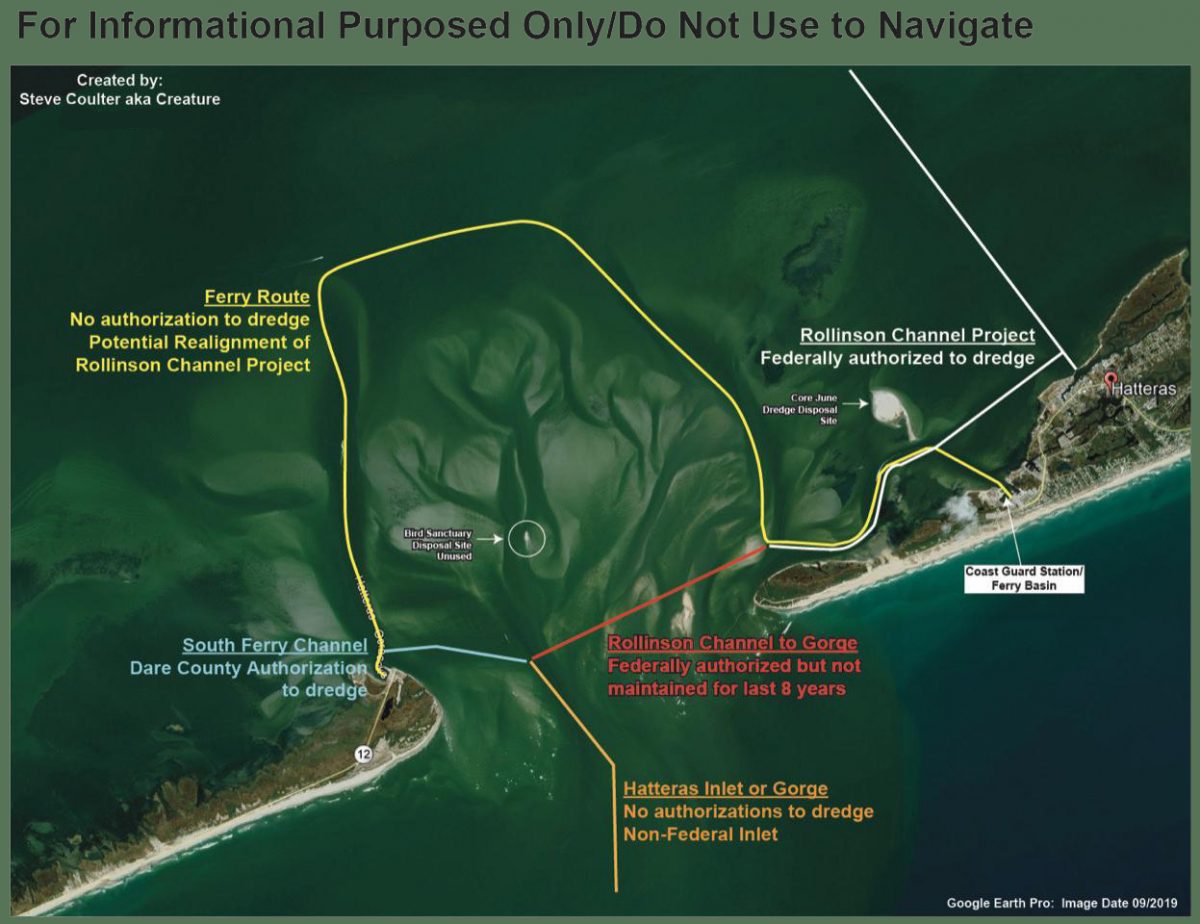 Ever since Hurricane Sandy and other 2012 storms reconfigured channels in Hatteras Inlet into lumpy and pinched navigational challenges, members of the Dare County Waterways Commission have spent many a meeting figuratively screaming into the abyss.

Securing funds and permits for dredging projects to clear the worsening shoaling had become the bureaucratic version of bumping bottom – over and over again.

But at Monday’s commission meeting, held virtually because of the spike in COVID-19 cases, the focus was more on discussing accomplishments and problem-solving plans.

Buoys are again marking channels, agreements are close to being signed, permits are being issued, designs for long-term management plans are being engineered, the public/private dredge is under construction, and government funds are in the pipeline for numerous projects.

Even more remarkable, the Corps of Engineers is proposing to add language that will expand the area included in the existing federal authorization for Rollinson Channel, a long-sought revision that, until recently, was believed to be possible only through an act of Congress.

Maintenance of Hatteras Inlet’s navigation channels has been a constant goal of the commission, for both economic and safety reasons. Much of the members’ frustration in recent years has been directed at the fragmented regulatory status of the inlet’s passages – some federal, some state, some neither, some both. Realignment of the federal channel, which would essentially add to the authorization but not change it, would help address the gaps.