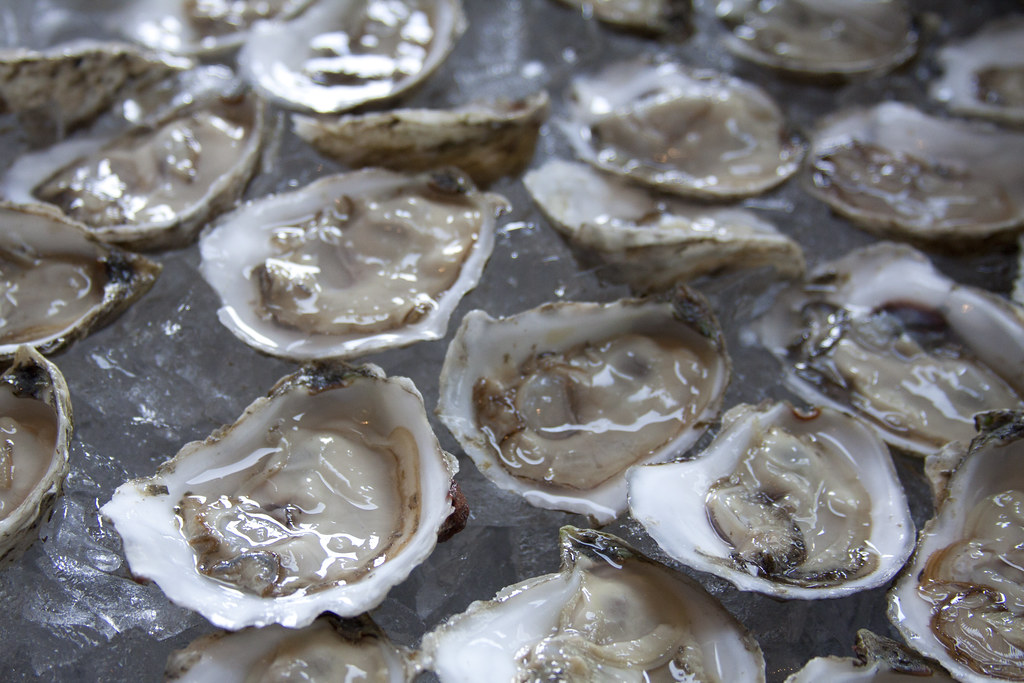 Scott Burrell pilots his barge from Wilmington into the waters at the north tip of Figure Eight Island in North Hanover County. On the approach to the Cape Fear Oyster Co.’s farm, black plastic cages float in the water.

Burrell manages three leased sites in the Intracoastal Waterway that total just under 4 acres where he has the potential to grow up to 4 million oysters a year. He shares the entire process from oyster seed to half shell on guided tours of the farm designed to make North Carolinians more aware of the importance and vulnerability of oysters.

“It’s hard for people to imagine (an oyster farm) until they see it,” he explained.

Cape Fear Oyster Co. is one of the stops on the N.C. Oyster Trail, developed in partnership with the N.C. Coastal Federation, the N.C. Sea Grant and the N.C. Shellfish Growers Association to promote “oyster tourism” on the North Carolina coast.

The trail, launched in 2020, includes oyster farms, seafood markets, restaurants and educational sites in an effort to boost a threatened species.

Wild oyster populations in North Carolina have experienced dramatic declines; the number of harvested bushels dropped from 200,000 in 1960 to just 35,000 in 1994 due to overharvesting, habitat loss, disease and predators.

Although the numbers are on the rise — thanks, in large part to oyster farming — with harvested bushels climbing to 157,000 in 2019, the N.C. Division of Marine Fisheries continues to list them as a species of concern.

Oyster farming reduces the strain on wild oyster populations, allowing them to rebound while catering to local appetites for fresh seafood.

The N.C. Oyster Blueprint, a stakeholder action plan for restoration and protection of oyster populations, calls for “expanded and supported sustainable development of the shellfish aquaculture industry,” which includes increasing the number of oyster farms.

“There’s been substantial growth in the last five years and a big legislative push to fund the industry,” Burrell says.