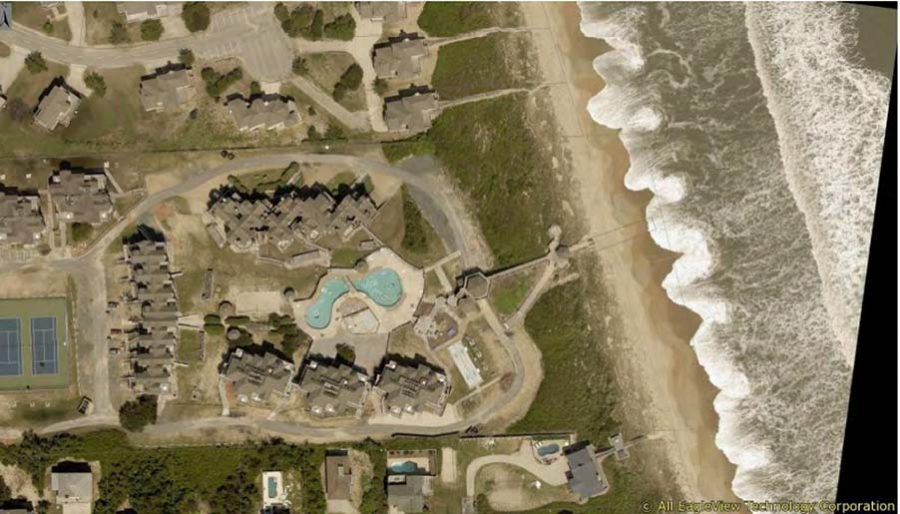 At an Oct. 5 meeting that featured numerous objections to the plan, the Duck Town Council voted 4-1 to move forward with revisions to its CAMA permit applications to allow vehicular access at Barrier Island Station Duck Resort. Initially, that access will be used to transport workers for the town’s upcoming beach nourishment process.

The Town of Duck was able to complete its 2017 beach nourishment project by accessing the beach at the U.S. Army Corps of Engineers’ Field Research Facility, but access was denied for the 2022 project. For the past two years, town staff have been seeking options for both the equipment access and worker access, Senior Planner Sandy Cross wrote to Town Manager Drew Haverns in an Oct. 5 memo.

This 2022 Duck beach nourishment project is slated to begin in November and last about one month. The proposed vehicle access will be used by beach maintenance workers temporarily, and then Barrier Island Station property owners and emergency vehicles permanently.

“Surf Rescue will utilize this access point throughout the year, and Barrier Island owners may utilize the access in the off-season consistent with” town beach driving regulations, Cross explained.

Following the Oct. 5 vote, Duck will submit its revised CAMA permit applications to the N.C. Division of Coastal Management for approval. If the permits are issued, adjacent property owners would have the opportunity to appeal that decision.

That was a common theme in the Oct. 5 meeting, with nearly two hours dedicated to a discussion and presentation of the town’s plan to create the vehicular beach access.

“We purchased here for the quiet, safe environment overlooking the beach and the ocean, not a busy, unsafe road like Daytona Beach,” said Robert Ross of Richmond, Virginia.  Ross, who said he and his wife own 25% of a property in Ships Watch Resort, was one of seven individuals who spoke in opposition to the plan.

Another was Slayton Dabney, who said he owns a second home and other properties in Ships Watch Resort, along with a fractional interest in additional homes. “We’re concerned that any sort of permanent access could lead to a slippery slope situation—even if it’s permanent access only for emergency use vehicles,” Dabney said. “Eventually, that could morph into the public asking for access, since this was presumably funded by the town.”