Mid-Atlantic
Highway 12 leading onto Hatteras Island is covered with sand after Hurricane Dorian hit the area in 2019 in Mirlo Beach. (Mark Wilson/Getty) 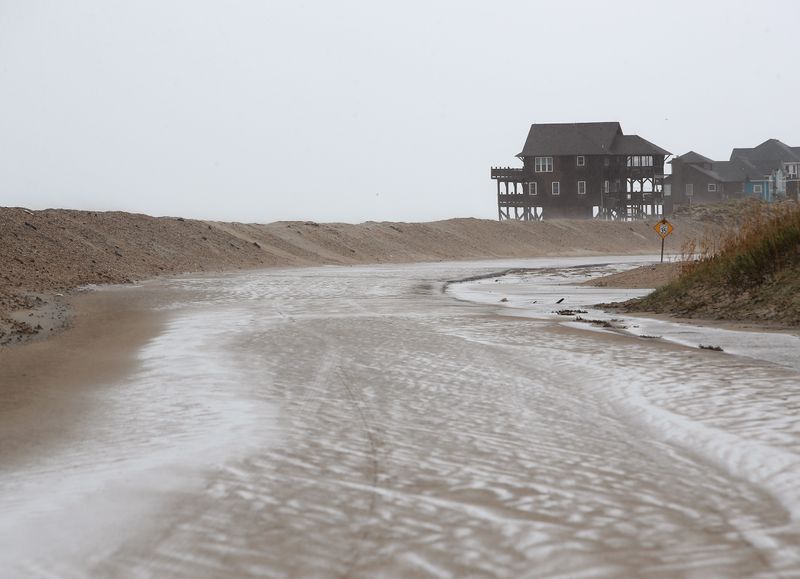 The storm-swept beaches of the Outer Banks will soon be replenished with millions of tons of sand from the Continental Shelf.

The Dare County Board of Commissioners, at the year’s first meeting Jan. 3, hired a Louisiana company to pump sand from offshore onto the beaches of Duck, Southern Shores, Kitty Hawk and Kill Devil Hills. Exact dates haven’t been set, but work is scheduled to begin this summer and be completed by the end of the year.

The county and four towns are working together to widen just under 12 miles of shoreline as part of a plan to add sand to depleted beaches every five years. The last renourishment project was completed in 2017.

Dare commissioners awarded the $28.9 million contract to Weeks Marine for the work on the northern Outer Banks, along with a $25.8 million bid to another contractor for two projects on Hatteras Island, widening a 2.5-mile section of beach in Avon known for ocean overwash flooding, and maintenance on a 2019 nourishment project in Buxton.

In Avon, more than a million cubic yards of sand will be placed along the oceanfront from about 3,000 feet north of Avon Pier to Due East Road, about a mile away. It’s the first time Avon will undergo beach nourishment, and the project will initially widen the shoreline by about 100 feet.

The county awarded the bid for both Hatteras Island projects to the Great Lakes Dredge and Dock Co., the same company that completed nourishment in northern Outer Banks towns in 2017. The bid price includes the cost of mobilization and demobilization, dredging, placement, grading and environmental protection required under federal and state permits.

The Buxton beach nourishment project, done once before in February 2018, includes 2.9 miles of shoreline from north of Buxton to the beachfront near the Cape Hatteras Lighthouse. Maintenance renourishment of this area is scheduled for the summer of 2022.

A combination of funds will be used for Hatteras Island renourishment.