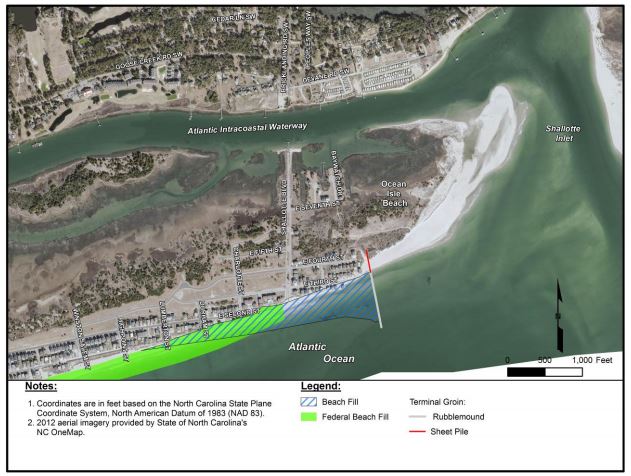 A recent court ruling now opens the way for Ocean Isle Beach to build a terminal groin at the east end of its ocean shoreline and plans are underway to kick off construction later this year.

A three-judge panel in the U.S. Court of Appeals for the Fourth Circuit affirmed a lower court’s decision that the U.S. Army Corps of Engineers fairly considered the alternatives included in an environmental impact statement examining the proposed project. The judges rendered their opinion March 26.

Their decision ends a yearslong fight stretching back to August 2017, when the National Audubon Society filed a lawsuit challenging the Corps’ approval of the proposed project. The town was included in the lawsuit shortly after the suit was initially filed.

She said the town will have updated information on the present condition of the shoreline, including surveys and beach profiles, before soliciting bids.

“All that has certainly changed since our original bid opening,” she said.

Smith said the town is aiming to start construction on the project in November.

Ocean Isle Beach had both a North Carolina Division of Coastal Management-issued Coastal Area Management Act, or CAMA, major permit, and the necessary federally approved permit by the end of February 2017.