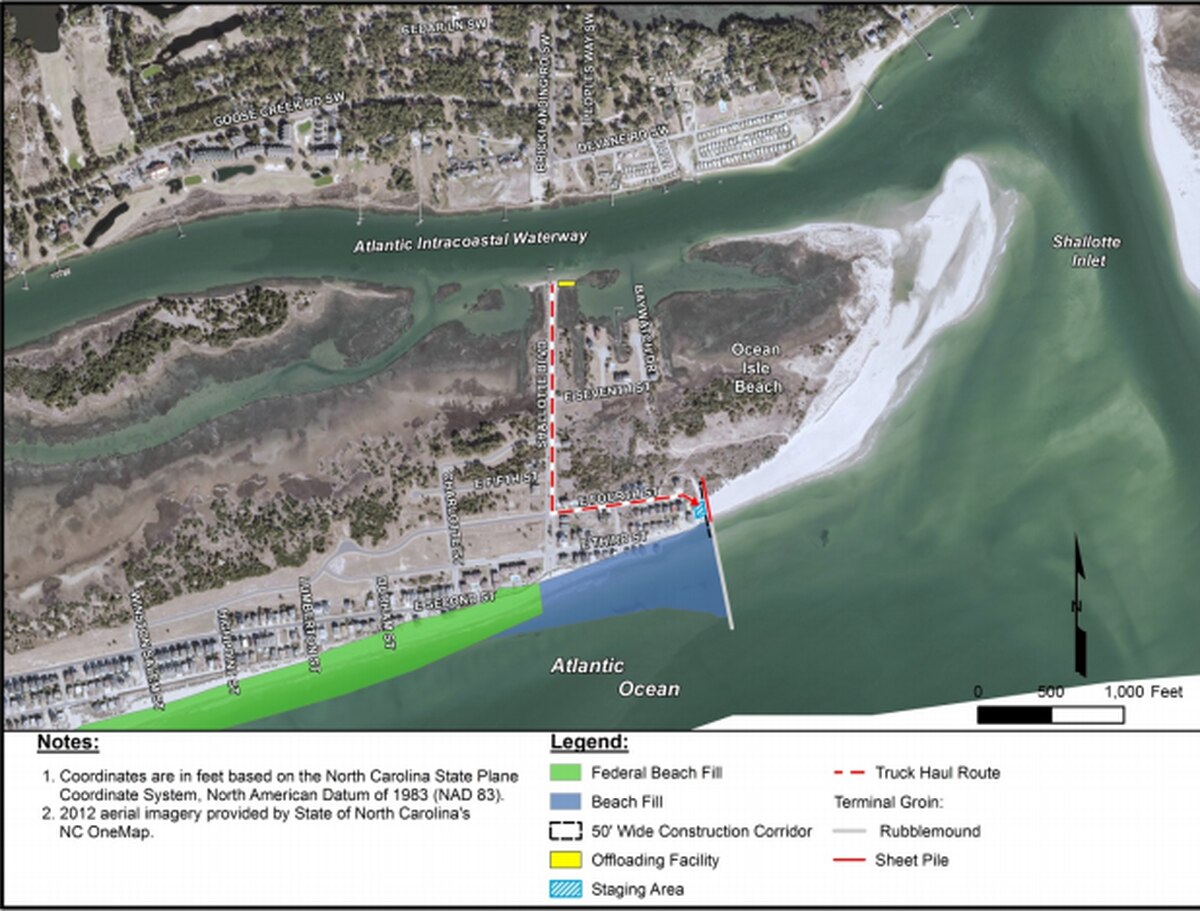 It’s a lawsuit four years in the making, and one the Town of Ocean Isle Beach hopes is resolved soon so construction of a terminal groin (a type of jetty) can move forward, while conservationists hope that does not happen.

The town hopes to protect its beaches and properties along the ocean while conservation groups have argued plans for a terminal groin would be detrimental to the environment and filed suit to stop the project. In August of 2017, the Southern Environmental Law Center on behalf of the Audubon North Carolina bringing a halt to a proposed terminal groin project.

Now, after being dismissed by a federal judge in September of 2019, the lawsuit is ready to be heard by the 4th Circuit Court of Appeals.

So what exactly is a terminal groin, and what is the concern? In the most basic sense, a terminal groin is a type of rock wall built on the shoreline, extending into the water that are used to help grow beaches and slow erosion.

“A groin is built perpendicular to the coast and works similar to the way a jetty works. But groins are usually smaller than jetties and built on straight stretches of beach, not near inlets or channels. They are often built in a series of parallel structures on one section of beach and can be made of wood, concrete, steel or stone. Terminal groins are relatively new concoctions. They are the name proponents have given to small jetties built at inlets — the terminus of islands,” according to the N.C. Coastal Federation.