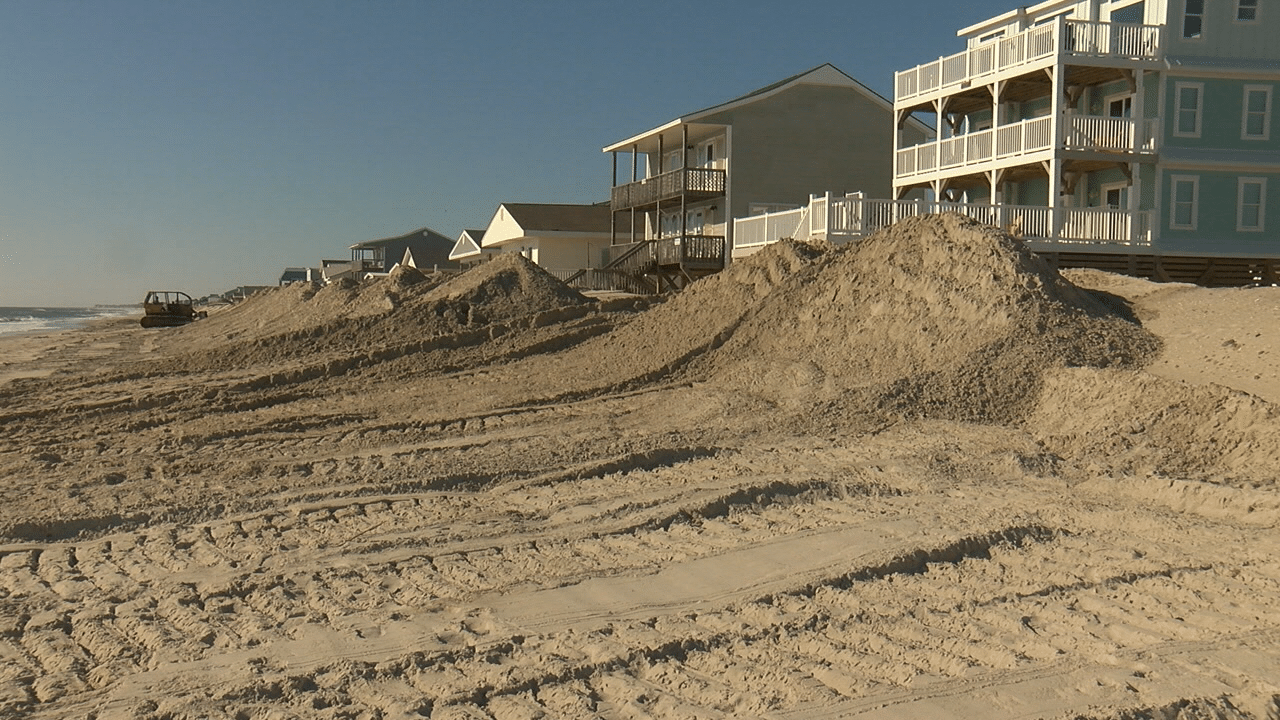 Oak Island residents could soon have to pay a monthly fee to fund a $40 million beach nourishment project, and residents are speaking out against the current proposal.

The Town of Oak Island has spent five years creating a beach nourishment master plan. Town leaders are proposing dividing the town into four districts based on proximity to the beach, and charging homeowners a monthly beach nourishment fee based on that location and property size.

“I don’t think dividing up into districts and having one district pay a significant amount more than a district a mile away from the beach is really a fair process,” said resident Kenny Kidd.

The town held a meeting Tuesday night for residents and homeowners to voice their concerns.

“The council is looking at a $40 million plan,” said resident Jacqueline Mariotte. “That’s a lot of money for a small island.”

According to the town’s website, the fees could range from around $37 dollars per month up to $1,897 per month for a property valued at $1 million.

“In our instance, because we’re neighbors, we would be considered District 2,” Mariotte said, standing alongside her neighbor Cornelia Weiker. “We both have small homes, less than 800 square feet in my case, and the assessment value on it in some instances I would be paying double or triple what a home across the road, Oak Island Drive would be paying.”

Some suggested implementing paid parking to help fund the project, arguing a lot of wear and tear on beaches comes from visitors.

“The public beach is equally enjoyed by everybody, not just Oak Island or the neighboring counties, but the whole state of North Carolina,” said resident Beatrice Hair.