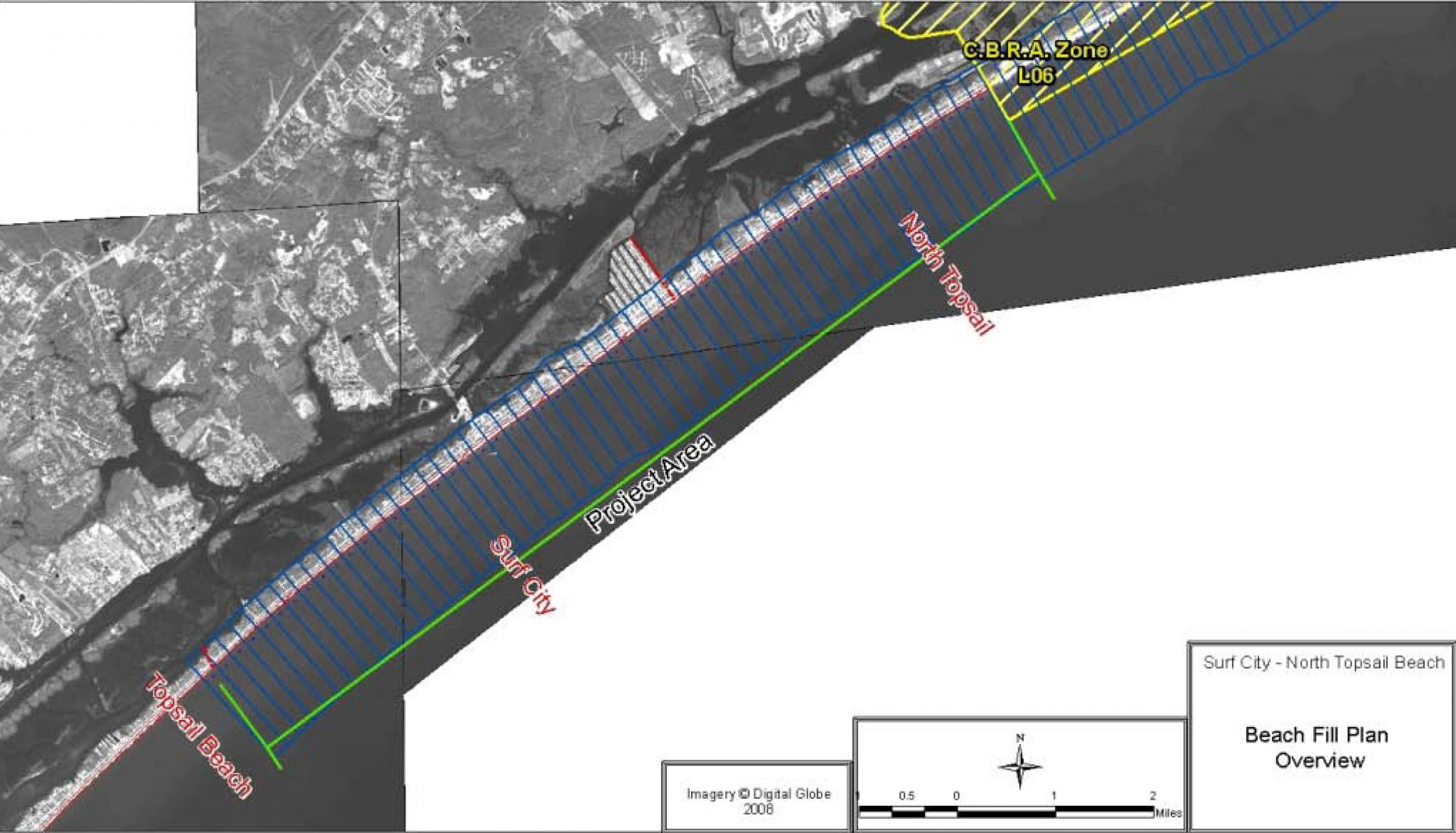 NC - NTB Weighs How to Pay $3M Yearly for Sand

NORTH TOPSAIL BEACH – It might take a property tax increase, paired perhaps with other possible new sources of revenue, including pay-to-park at public beach access lots.

Whatever the case, North Topsail Beach Board of Aldermen Thursday night made clear they are not against a joint federal project with the U.S. Army Corps of Engineers and Surf City.

Town leaders just have to figure out how tap new revenue sources to fund the estimated $3 million a year the town would have to pay for the next 50 years for its portion of the estimated $901.1 million project.

For North Topsail Beach, the project entails nourishing the first 4 miles of the southern end of town starting at the town line with Surf City.

The proposed project, approved by the Corps last fall, would secure beach renourishment along 10 miles of Topsail Island’s shoreline, including all 6 miles of oceanfront shoreline in Surf City, every six years for the next half-century.

Under a proposed funding agreement, the Corps would pay 65% of the project’s initial construction. The towns and state would pay for the remaining 35%.

Shortly after convening the board’s monthly meeting Thursday, North Topsail Beach Mayor Joann McDermon addressed an audience tuned into the town’s live meeting broadcast, saying that information recently posted on the town’s website was not an indication the town would withdraw from the proposed project.

“We as a board are very much for the project,” she said.

Instead, the board wants to make sure property owners understand town officials are trying to make sure the town can afford to pay for the federal project and have enough to pay for other capital projects.

Town officials were surprised in a meeting with Corps officials late last month to learn that the estimated cost of the project has nearly tripled in the 10 years since the proposal was introduced.