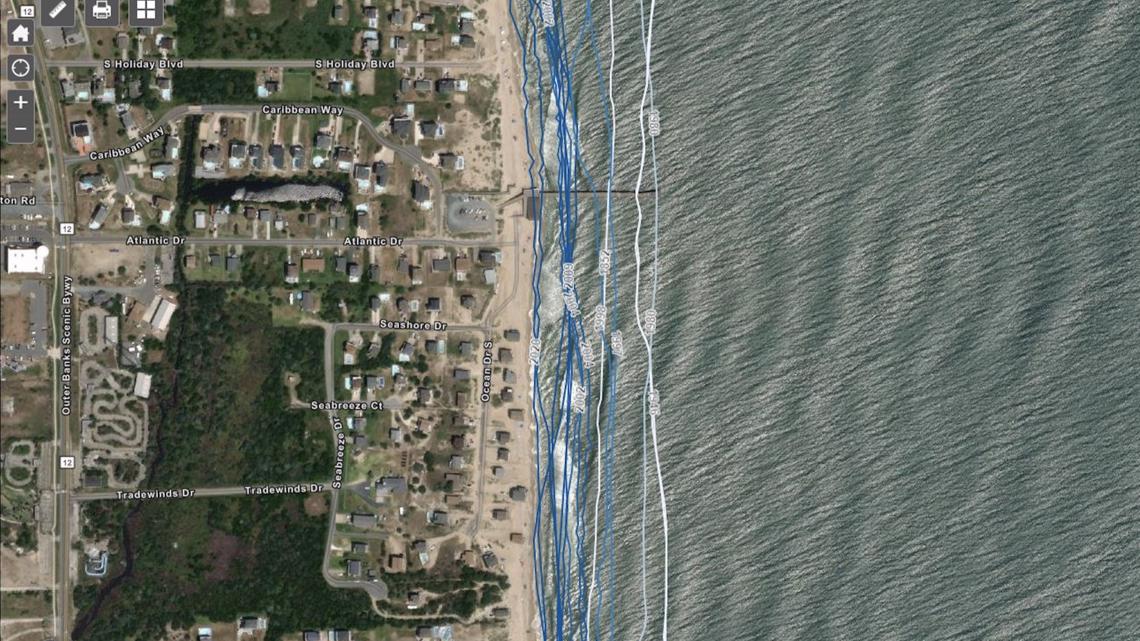 Three homes were washed out to sea this year and more could be in danger. Now, there's a race to prolong the lifespan of homes and beaches threatened by erosion.

RODANTHE, N.C. — The Outer Banks as we know it can change with the tide.

Three homes were washed out to sea this year and more could be in danger of collapse. Now, there's a race to prolong the lifespan of homes and beaches threatened by erosion.

July in the Outer Banks is prime vacation time for visitors like Betsy Temple.

“I love Rodanthe. I’ve been coming to Nags Head since I was born,” she said.

When Temple booked her Airbnb in Rodanthe, she didn’t plan to have a direct view of the ocean. But Mother Nature made one for her.

“We pretty much have an Oceanfront view now,” she said. “When we looked at this house in the winter, we had a house on either side of it with a view of the ocean, and unfortunately now they’re gone.”

Ocean Drive is a shell of its former self. The sea claimed the street’s first home in February, and then two more in May.

Dave Hallac has watched this beach shrink for years.

“This area has been experiencing three to four meters of erosion per year,” he said. “It’s changed dramatically, I mean, I almost don’t even recognize the area.”

Hallac is the Superintendent of the Cape Hatteras National Seashore, where much of the debris from those homes washed ashore in a mangled mess. The homes were chewed up and spit out by the very ocean they overlooked for years.

Hallac said they are still managing debris from the two homes that collapsed on May 10.

“Very difficult to clean up. The debris can be buried under the sand, then uncovered again, washed out to sea, washed back in, and presents a tremendous cleanup challenge,” he said.

He wants to avoid a fourth house from falling, but he needs the cooperation of homeowners.

“We are trying to work with homeowners to urge them to move their homes away from this really, really high energy surf zone, so that we can avoid collapses in the future,” he explained.

But moving a multi-story beach home can be a financial and logistical challenge.

Erosion on barrier islands like the Outer Banks is natural and expected. Except that erosion these days competes with development, like those large beach homes on Ocean Drive.