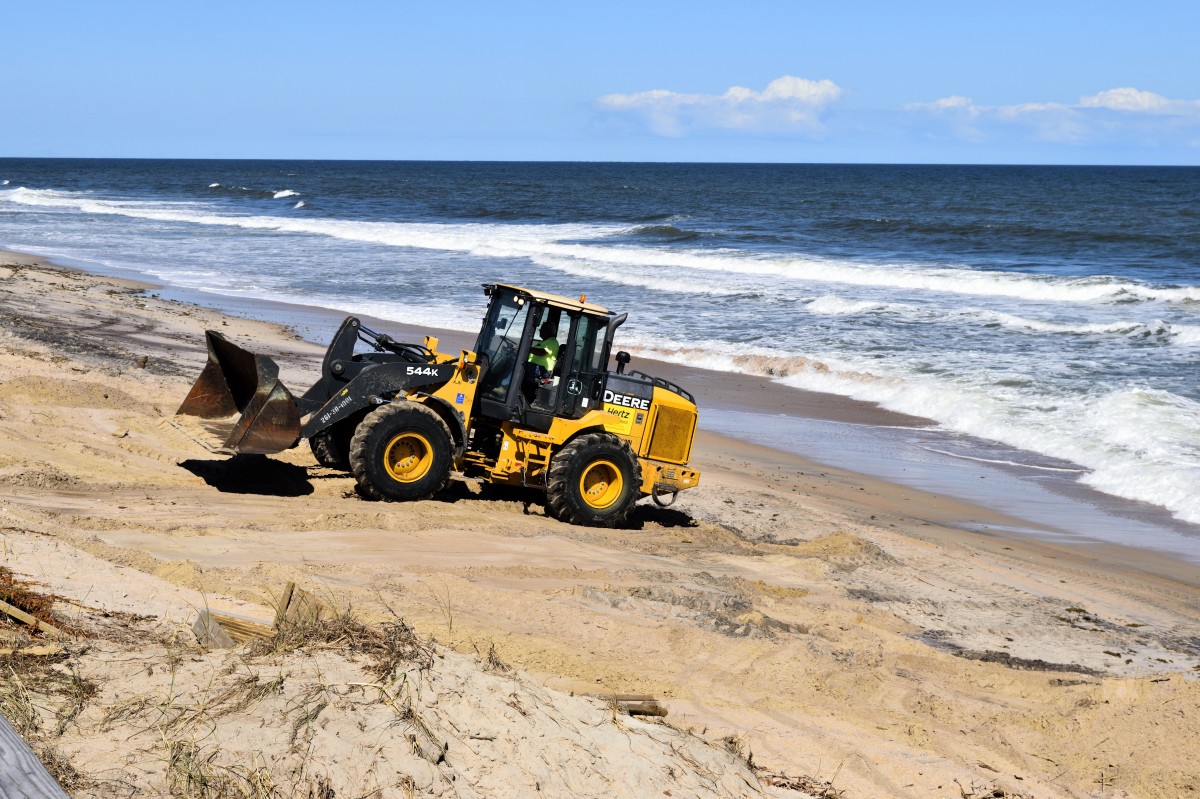 NC - North Topsail is getting millions for beach nourishment. How long will the sand last?

"Coastal communities are facing more severe impacts from storms and flooding that require a greater investment in a resilient coastline," Gov. Roy Cooper said in announcing the awards. "Working with local governments to invest in smart storm damage repairs will help combat the effects of climate change and ensure that North Carolina's coast remains a beautiful place to live, work, and visit."

But in a world where climate change is bringing higher seas and more frequent and ferocious storms to our shores, is investing taxpayer dollars in the sand that's all but guaranteed to have a limited lifespan on the beach a smart investment?

That depends. But with other solutions neither easy, politically palatable, or economically realistic − at least not yet, it's often the only option officials feel they have.

But Dr. Robert Young, director of the Program for the Study of Developed Shorelines at Western Carolina University, said it's often just kicking the proverbial can down the road and not thinking about long-term solutions to problems that are only going to get more pronounced and expensive to mitigate in coming years.

"If you can find a way to pay for it, it means a beach community can maintain the status quo, at least for a few more years," he said. "But how viable is that?"

A community along the N.C. coast that probably best sums up this Gordian knot facing officials is North Topsail Beach. The Onslow County community received $10.5 million of the $20.1 million awarded from the state's Coastal Storm Damage Mitigation Fund.

"This is very exciting news for North Topsail Beach because it's going to allow us to extend the (beach nourishment) project for another 2.5 miles, something that we wouldn't have been able to do," said Town Manager Alice Derian

North Topsail occupies the northern half of Topsail Island, and is the recreational heartbeat of the county that's best known as the home of Camp Lejeune.

But North Topsail Beach isn't your typical Carolina beach town. More than half of the town’s 11 miles of beach and a large chunk of its homes are within areas covered by the federal Coastal Barrier Resources Act, or CBRA. The legislation was passed by the federal government in the early 1980s as a way to limit development in areas deemed biologically sensitive or at high risk of damage by hurricanes by making them ineligible to receive federal funding for infrastructure or beach projects. In many other beach towns, the federal government provides the lion's share of a nourishment project's cost, including in New Hanover County's three beach towns and Ocean Isle Beach in Brunswick County.

"Because of the high expense of dune and beach projects, this prevents the town from properly maintaining the beach," states North Topsail's webpage in describing how the CBRA designation impacts the town.

Property owners within a CBRA zone also cannot participate in the National Flood Insurance Program or apply for a VA loan.