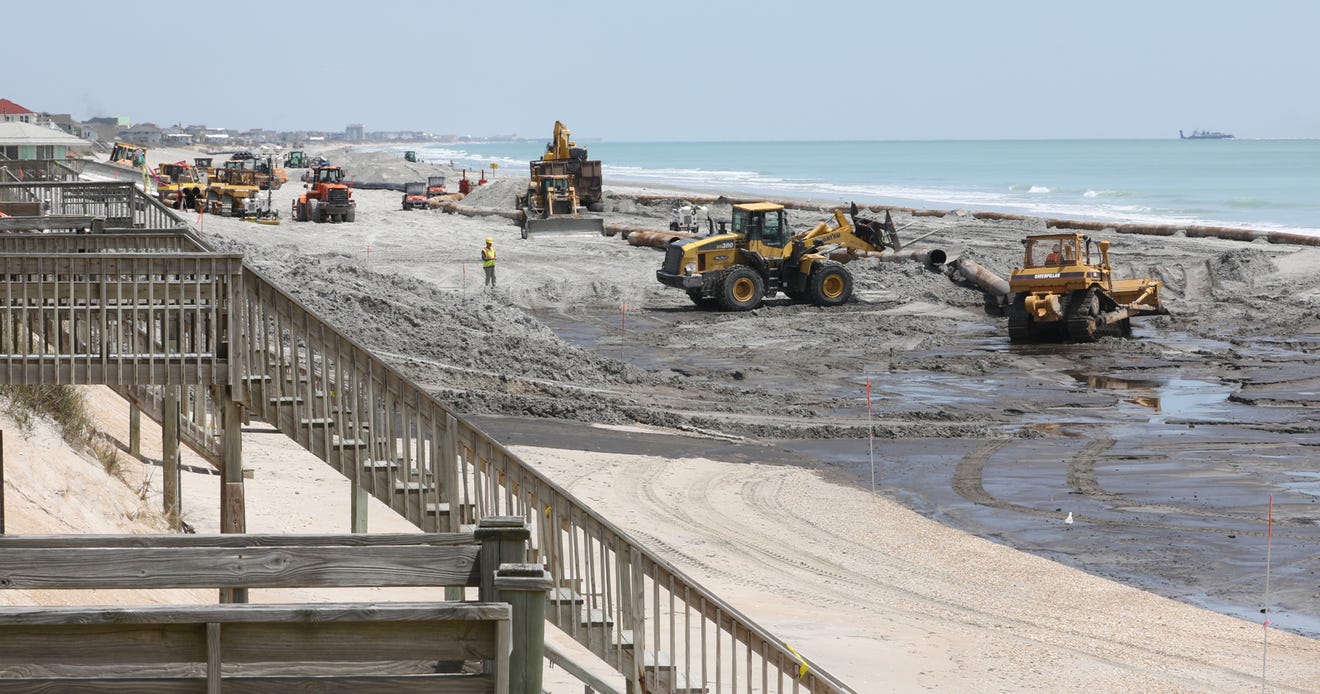 North Topsail Beach has signed onto a federal beach nourishment project that will require the town to consider funding options.

On the table as part of that discussion is raising property taxes and adding paid parking to town-owned lots.

The town’s aldermen discussed their funding options Saturday before voting unanimously to join the project, which aims to limit beach erosion along 10 miles of Surf City and North Topsail Beach coastline. The project will be completed over a period of 50 years by the U.S. Army Corps of Engineers and has an estimated price tag of more than $909 million.

The cost will be split between federal, state and local municipalities with the Corps paying 65%. The remaining 35% will be paid by the state, Surf City and North Topsail Beach, with the state paying half of that 35% and the towns paying the other half.

Surf City is planning on using its occupancy and property taxes to pay for their share of the project, Surf City Mayor Doug Medlin told the StarNews last month.

North Topsail Beach, on the other hand, has struggled to cement a funding plan.

The town is already under financial pressure. In 2016, North Topsail Beach borrowed around $17 million from the U.S. Department of Agriculture to replenish sand along the southern end of the town. It’s still paying off that loan.