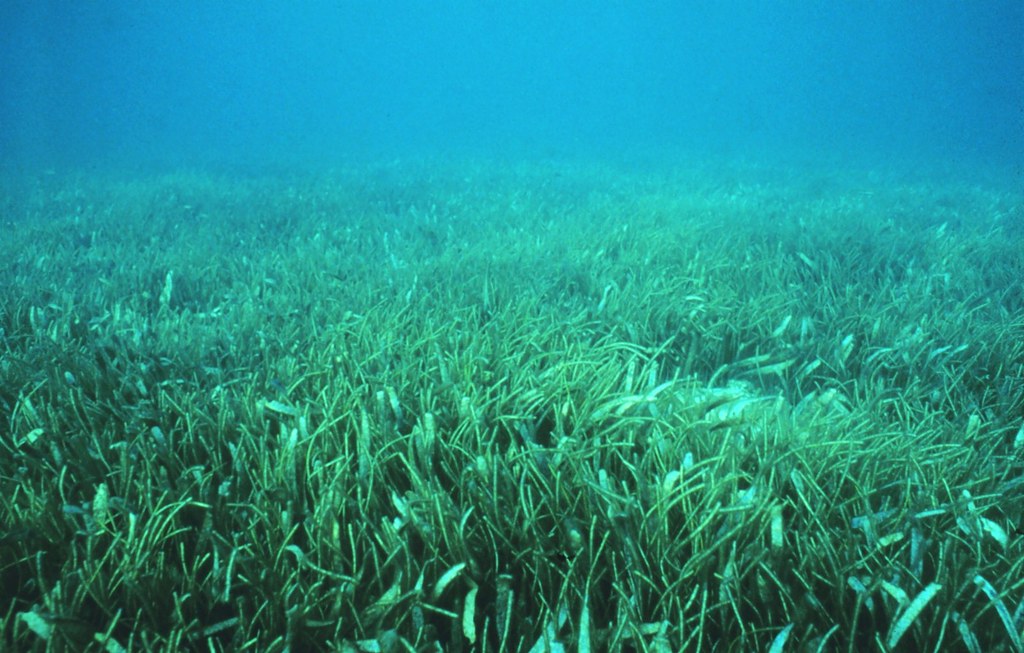 The Albemarle-Pamlico National Estuary Partnership (APNEP) has published a report showing a net loss in the extent of high-salinity submerged aquatic vegetation (SAV) habitat in North Carolina’s sounds between 2006 and 2013. Also known as seagrass or underwater grasses, this valuable natural resource improves water quality, decreases shoreline erosion, and is an essential habitat for many fishery and wildlife species.

While the data also confirm that the state possesses the largest acreage of seagrass along the east coast of the United States, around 100,000 acres, the overall extent of seagrass meadows in the Albemarle-Pamlico estuary decreased by 5,686 acres or 5.6% between 2006 and 2013 despite the availability of suitable habitat for expansion of the resource. Seagrass is declining worldwide; North Carolina is experiencing annual rates of seagrass loss at or below the global average.

The observed decline in seagrass was not evenly distributed – within the southern end of the study area, which includes Back and Bogue Sounds, seagrass acreage decreased by 1.5% per year compared to a decline of 0.5% and 1.1% per year in the central and northern portions of the study area, respectively. It is likely that increased water pollution within the relatively highly-populated, densely-developed southern region contributed to its higher observed rate of seagrass decline.

Because seagrass is very sensitive to water quality, including nutrient and sediment pollution, a decrease in the acreage of these underwater meadows indicates that the overall health of North Carolina’s estuaries may also be worsening. Further mapping of seagrass extent is essential to clarify the current status and long-term trends of this resource in North Carolina. Additionally, integration of seagrass mapping with other collaborative environmental monitoring programs is critical to identifying and managing the causes of seagrass decline.

The data analyzed for this report were collected using two aerial surveys from 2006-2007 and 2013. A third survey coordinated by APNEP and partner organizations, including the N.C. Division of Marine Fisheries, was completed in 2019-2020. Analysis of these additional survey data are underway and will enable APNEP to provide a more complete picture of seagrass status and trends in the Albemarle-Pamlico estuary.

These findings will provide guidance for the development of protection and restoration strategies for the region’s underwater grasses, including conservation and management actions supported by the N.C. Coastal Habitat Protection Plan.

The report and an associated interactive map are available here. For more information, check out APNEP’s SAV Monitoring webpage, or contact Dr. Dean Carpenter, APNEP’s Program Scientist, at (919)707-8634 or dean.carpenter@apnep.org.