Mid-Atlantic
A storm in April sent the ocean washing over N.C. 12 near Rodanthe. 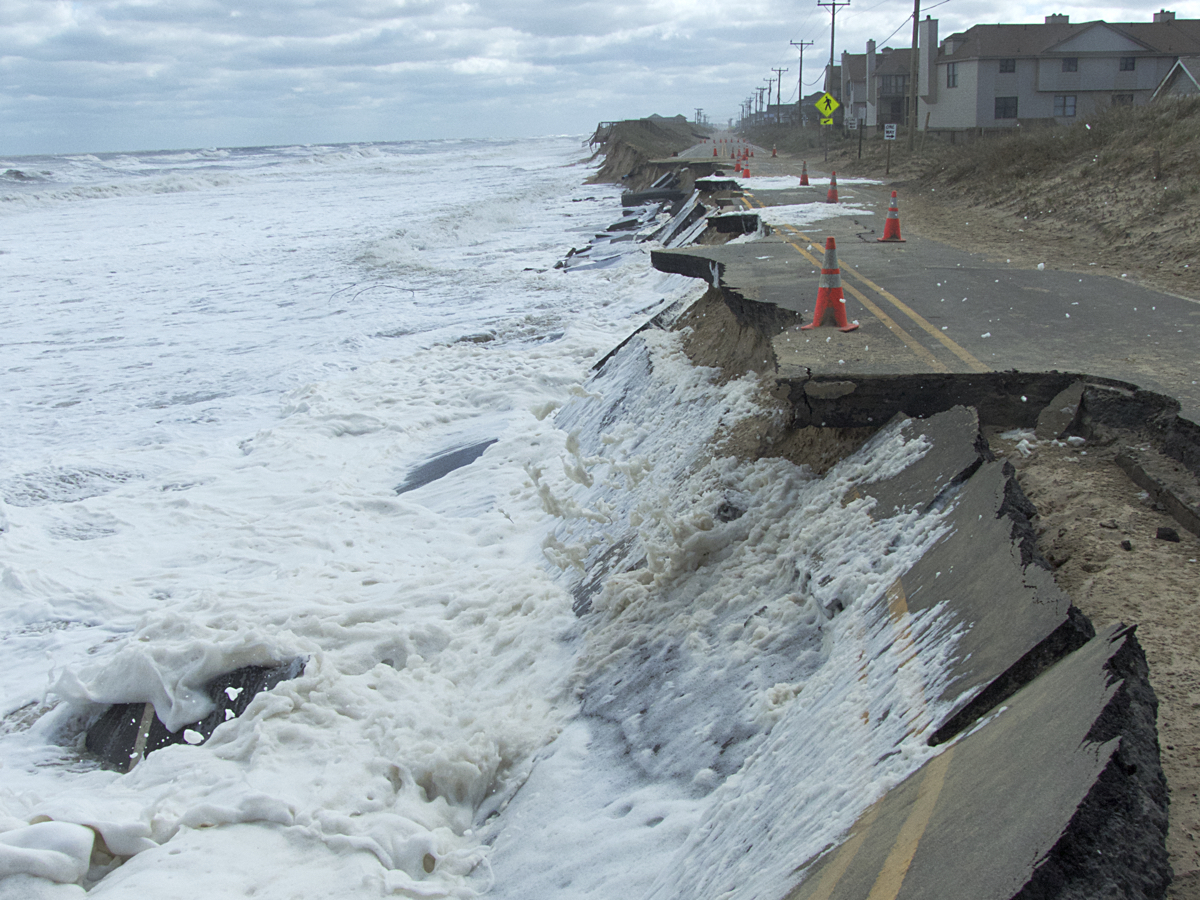 As hurricane season begins, N.C. 12 might be the most vulnerable road in the state. And one of the most crucial to a local economy.

And one of the most expensive to maintain.

The two-lane road runs 148 miles along the Outer Banks from Corolla to a community called Sea Level, through some of North Carolina’s most valuable real estate and most visited landmarks and beaches.

Many stretches lie only a few yards away from the pounding surf where storm surge can break up and wash away the pavement. Winter blows also send the surf through the dunes, depositing feet of sand on the road.

“There are certainly no other roads like it,” said Jerry Jennings, first district engineer for the North Carolina Department of Transportation.

The year before, the state spent $17.3 million to repair the road and build a temporary bridge after Hurricane Irene. The ocean busted through to the sound during that storm, taking out large sections of the highway and creating an inlet. A new bridge was later built over the inlet for an additional $14.3 million.

Nearly $11 million went toward fixing N.C. 12 in Ocracoke in the past decade. Most of the damage happened when Hurricane Dorian shredded the highway last fall, with repairs costing nearly $7 million. A recent winter storm flattened the dunes again and undermined the roadway.