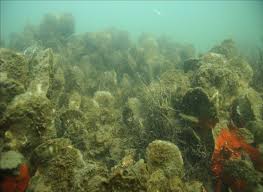 The state is putting new measures into effect this spring to reduce people’s chances of getting sick from consuming oysters.

The Division of Marine Fisheries announced that while the state’s public health record concerning shellfish-related illnesses is one of the best in the country, the number of Vibrio cases nationwide had increased in recent years. Vibrio are naturally occurring bacteria in coastal waters that can cause illness in humans if precautions are not taken during the warmer months of the year.

The new regulations also will bring the state into conformity with guidance from the National Shellfish Sanitation Program, which is the federal, state and industry cooperative program recognized by the U. S. Food and Drug Administration and the Interstate Shellfish Sanitation Conference for the sanitary control of shellfish produced and sold for human consumption.