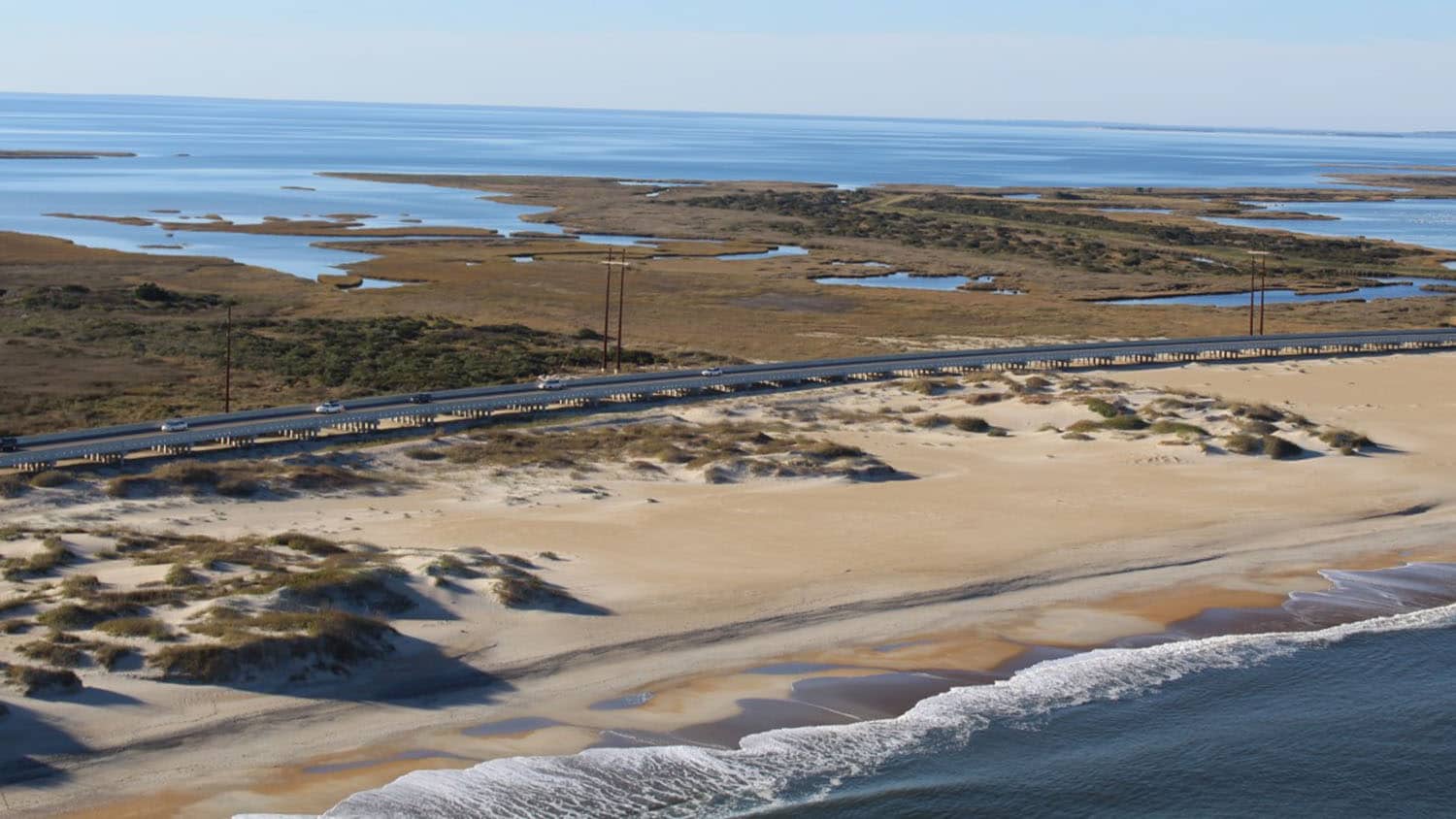 In doing so, the researchers found that past storms which devastated human infrastructure also created new opportunities for coastal wildlife to thrive, and their results will help with conservation management decisions for the refuge in the future.

“Our goal for this project was to develop a method to quantify land cover changes from natural processes and storms on barrier islands,” says Beth Sciaudone, co-author of the study and a research assistant professor of civil, construction and environmental engineering at North Carolina State University. “Ultimately, tracking and understanding these land changes can help us identify areas of coastal highway that are especially vulnerable to damage. It could also help us better understand how natural processes and infrastructure projects affect coastal wildlife habitat.”

Using these tools, the researchers were able to assess the land cover on the island and divide it into a dozen categories, such as beach, vegetated sand dunes, marsh and estuarine ponds. They could then measure the amount of each land-type on the island and how it changed over time. For example, there might be five total acres of marsh, including one acre of estuarine pond that had shifted to marsh over the past year.

But the researchers also noticed something else regarding the relationship between storms and wildlife habitat.

The images highlighted the extent to which Hurricane Irene in 2011, and Hurricane Sandy in 2012, reshaped Pea Island National Wildlife Refuge.

“We already knew that bare sand is good wildlife habitat for many coastal species, but this work shed light on both how storms create habitat and how long that habitat lasts,” Sciaudone says.

What the researchers found was that, on barrier islands, a lot depends on which direction the storm is coming from. For example, Hurricane Irene hit Pea Island from the Pamlico Sound to the west, while Hurricane Sandy hit the island from the Atlantic Ocean to the east. Both storms caused noteworthy changes in land cover. However, the long-term impact of the two storms has varied significantly.

The paper, “Land cover changes on a barrier island: Yearly changes, storm effects, and recovery periods,” is published in Applied Geography. Corresponding author of the study is Liliana Velasquez-Montoya, an assistant professor at the U.S. Naval Academy who worked on the project while a postdoctoral researcher at NC State. Co-authors include Margery Overton, a professor of civil, construction and environmental engineering at NC State; and Rebecca Harrison of the U.S. Fish & Wildlife Service. The work was done with support from the North Carolina Department of Transportation.