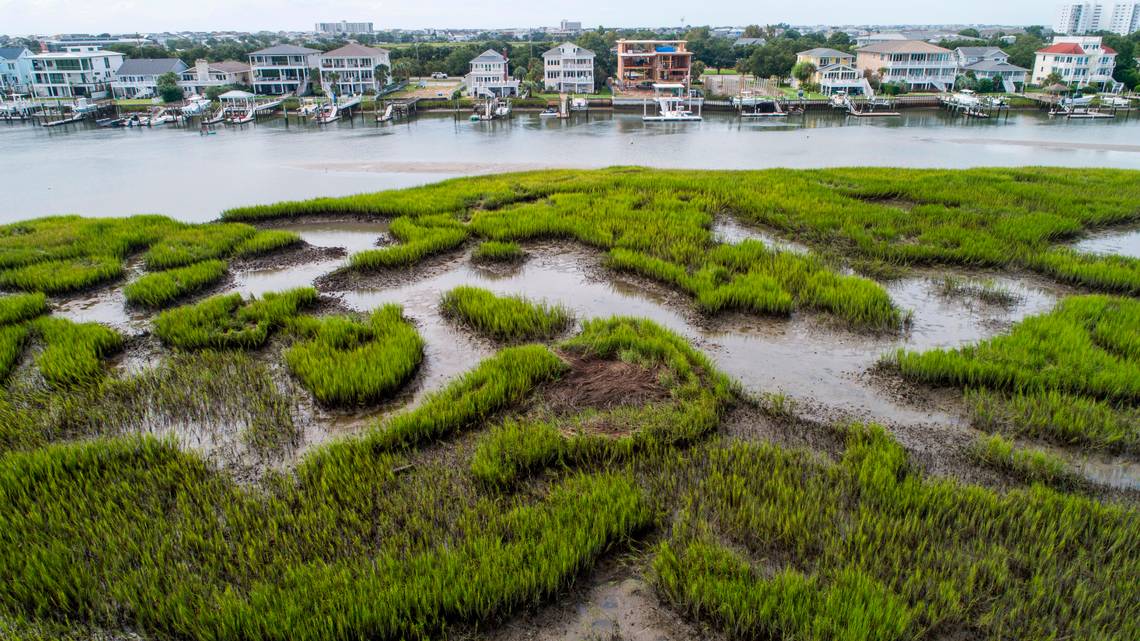 Sea level rise poses a grave threat to salt marshes and other coastal wetlands along the North Carolina coast, according to a newly published study.

Sea level rise poses a grave threat to salt marshes and other coastal wetlands along the North Carolina coast, according to a newly published study.

North Carolina and Louisiana are the only two states that could lose coastal wetlands under virtually any sea level rise scenario. The study was published in the peer-reviewed journal Environment Research Communications.

“North Carolina may benefit a lot from different wetlands protection measures, but it also needs to prepare for a world with fewer wetlands and think about what that looks like,” said Climate Central CEO and chief scientist Ben Strauss, who was one of the study’s authors.

The Climate Central team produced a mapping tool that can show estimates for different sea level rise and land use scenarios. For example, if the world meets the 2015 Paris Agreement target of keeping global warming to 2 degrees Celsius (about 3.6 degrees Fahrenheit) and North Carolina fully develops its coast, Climate Central found it could lose about 40% of its coastal wetlands by 2070 and 62% by 2100. If North Carolina fully conserves its coastline under the same scenario, Climate Central estimates that it could increase wetlands 42% by 2070 and 41% by 2100.

North Carolina’s 220,000 acres of salt marsh offer a wide variety of benefits from providing habitat for juvenile fish to taking the force out of waves during hurricanes. Salt marshes naturally migrate inland, but many have struggled to keep pace with quickly rising sea levels. And when a bulkhead or home is built alongside a marsh, that migration becomes impossible, dooming the ecosystem.

A McClatchy report last year found that there has been a 22% increase in developed land within a half mile of salt marshes across North Carolina, South Carolina and Georgia since 1996. Since 2009, North Carolina regulators have approved about 3,300 permits for bulkheads.

The Climate Central study indicates that while wetlands up and down the North Carolina coast would be imperiled by sea level rise, the northeastern part of the state faces greater risk.