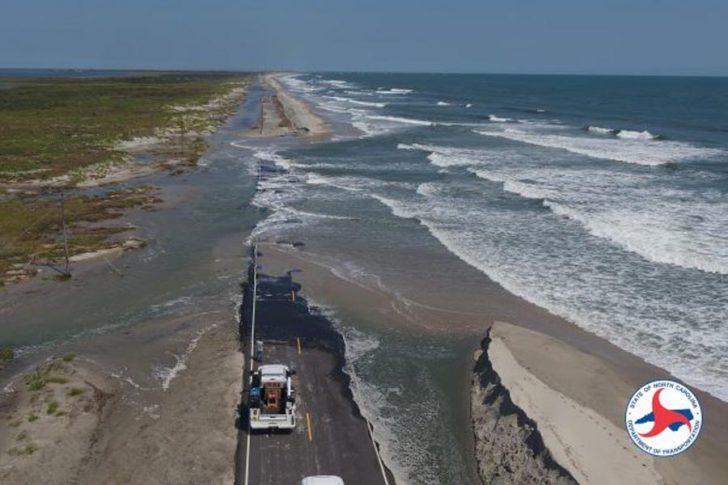 Ocracoke Island’s north end may have to be restored to its wild state if current conditions continue. That is one of the options offered in a soon-to-be-released transportation plan.

Changing and intensifying coastal dynamics have propelled to the front and center two of the more persistent and complex transportation issues on the Outer Banks. Ocracoke’s highway has been critically wounded, while its northern end is eroding away. And Dare County has just about run out of places to dispose of the material removed from its increasingly shoaled waterways.

In updates provided during a recent meeting of the Dare County Waterways Commission, it was evident that the situations, both long-looming crises, have now become urgent concerns.

On Ocracoke Island, which suffered severe damage in September during Hurricane Dorian from a 7-foot storm surge, work is underway to protect the ferry basin on its northern end, John Abel, N.C. Department of Transportation bridge program manager, told the Waterways Commission. Installation of a sheet pile wall along the eroding shoreline is almost completed, he said. After sandbags are placed at the end of the wall, the contractor will leave until April, when he will return to install concrete caps and rebuild the dunes.