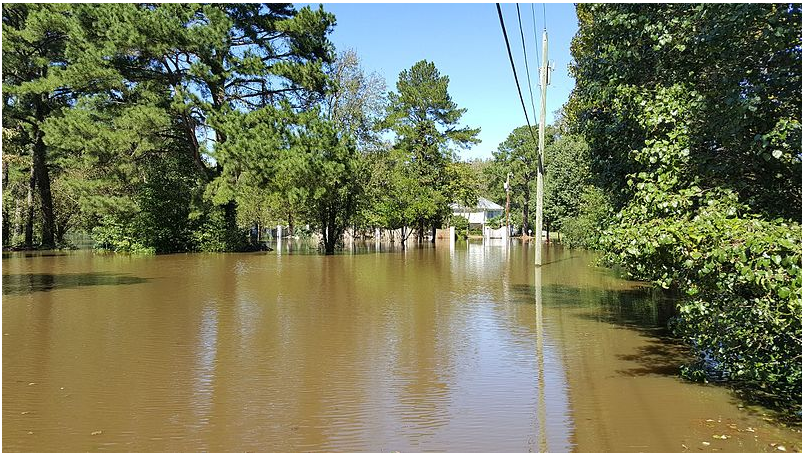 SALISBURY - Michele Joy watched from her kitchen window as the rain came down in sheets, wondering if she should move her car. Soon, she wouldn't have to.

In the three years that Joy has lived in the Wellington Hills neighborhood, which lies just within the Salisbury city limits, she's grown used to moving her Kia to higher ground when it rains. Joy lives in unit 205, which is one of five connected condos that sit at the bottom of a hill in the 83-unit subdivision.

With a sloping driveway on the front side and a creek to its back, the building is essentially at the bottom of a fishbowl. On the afternoon of Aug. 31, that fish bowl began to quickly fill with water.

The forecast that day called for rain, Joy said, but it wasn't supposed to be anything out of the ordinary. When Joy looked at the radar to determine if she should move her car, it seemed like the rain was going to abate at any moment.

"The radar wasn't even showing it," Joy said. "I kept thinking it was going to stop."

It didn't. At least, not until the damage was done.

Joy and her neighbors had seen heavy rains push water closer and closer to their homes, but it hadn't become a true threat until that late August afternoon.

In what seemed like just a few minutes, Joy said, a torrential downpour caused water to ascend the steps of her front and back porches. The land around them had disappeared. In its place was a muddy, swirling river.