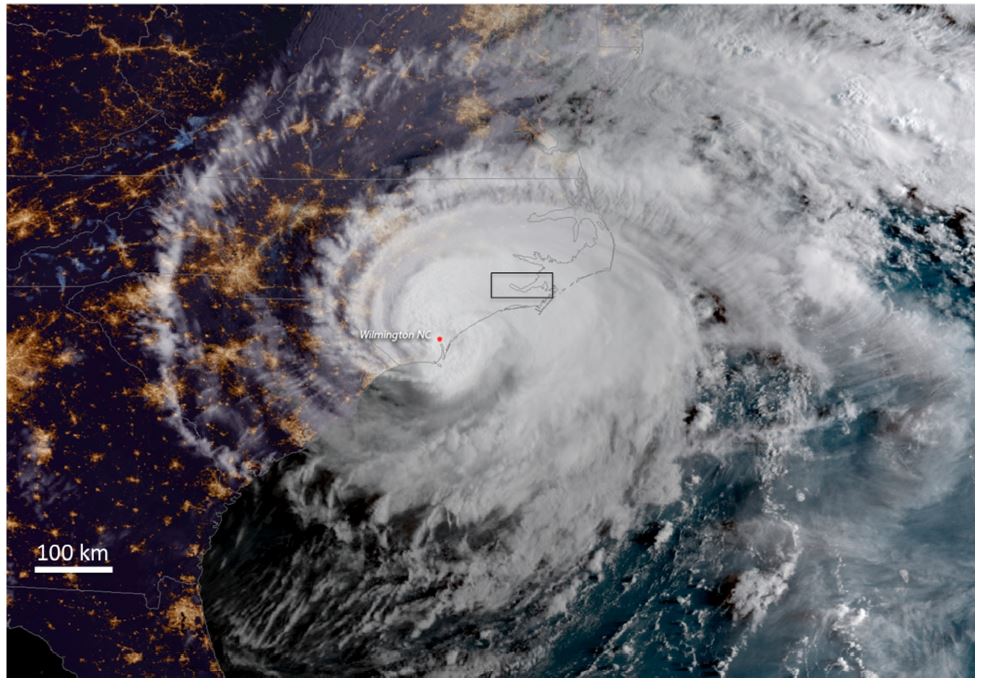 A recently published study examining the effects of Hurricane Florence on the lower Neuse River reveals how one river system adapted to the type of coastal storm forecasted to be the norm of future hurricane seasons.

Phillips, who also holds the title professor emeritus at the University of Kentucky, focused in the study, “Geomorphic impacts of Hurricane Florence on the lower Neuse River: Portents and particulars,” on the storm’s effects on the river’s physical landscape, including shoreline bluffs, and the Neuse estuary, including ravine swamps and tributary swamps along the river.

What he found is that the river, specifically the largely undeveloped stretch between Kinston and New Bern, and its accompanying swamps adapted and recovered after the storm.

“There’s absolutely no reason to intervene in the recovery of the undeveloped shorelines,” Phillips said. “Their ecosystem services are just as good now as they were before the storm. They’re providing the same functions and values.”

Though Hurricane Florence was a Category 1 on the Saffir-Sampson Hurricane Wind Scale when it made landfall near Wrightsville Beach Sept. 14, 2018, it quickly broke records, becoming the wettest tropical cyclone on record in the Carolinas.

The combination of torrential rainfall, storm surge and wave action beat the already eroding estuarine shoreline bluffs in the lower Neuse, an area Phillips examined after hurricanes Bertha and Fran in 1996.

Those shorelines would continue to erode without the impacts from Hurricane Florence, Phillips said. Such erosion has been occurring since at least the 1970s, according to scientific literature, he said.