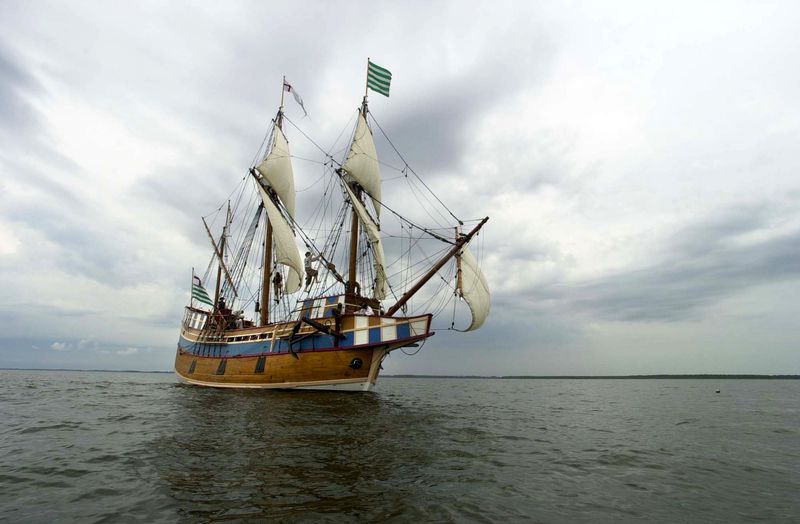 MANTEO, N.C. — A replica sailing ship similar to the one that carried the Lost Colony to the Outer Banks will finally be able to escape the shallow water of the Manteo harbor.

Dare County will oversee the dredging of 2.2 miles of the channel leading from the Roanoke Sound into Shallowbag Bay to clear the way for the Elizabeth II, a wooden ship constructed 37 years ago as part of the 400th anniversary of the English explorations to the New World.

The 69-foot-long vessel, owned by the state, has missed its annual drydock maintenance for nearly four years and has not been able to sail to other eastern North Carolina ports for educational tours since 2017.

“We’re very excited about this project,” said Kim Sawyer, executive director of the Roanoke Island Festival Park, which offers tours of the ship.

“A lot of it will depend on the weather,” he said.