Mid-Atlantic
A judge says the beach access in the Duck subdivision of Sand Dollar Shores is within the town’s jurisdiction and belongs to the public. Photo: Outer Banks Voice 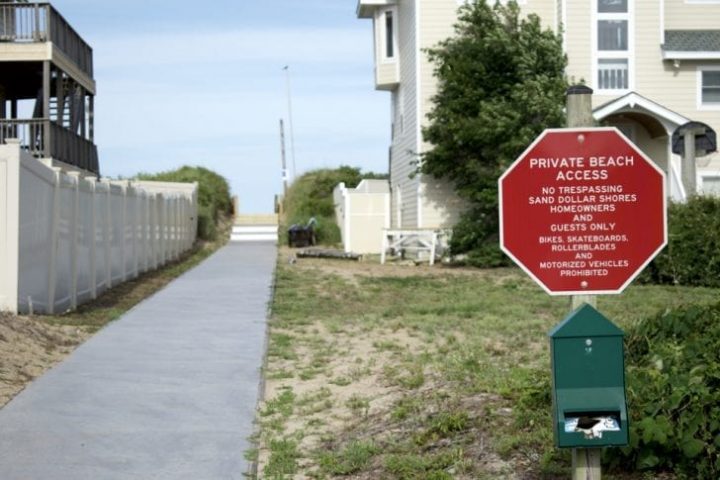 A Camden County Superior Court judge has ruled that the Sea Breeze beach access in the Duck subdivision of Sand Dollar Shores is now within the town’s jurisdiction and belongs to the public.

The ruling marks a major win for Outer Banks business owner Bob Hovey and his wife Tanya, who filed a suit in August against the neighborhood’s homeowners’ association, arguing that the walkway was in the public trust.

Judge Lamott Wiggins on Feb. 14 granted the Hoveys a summary judgment without a trial. In his ruling, Wiggins stated, “It is declared that the “8’ pedestrian beach access easement … is an easement dedicated to the general public for the purpose of providing pedestrian access to the Atlantic Ocean beach held in the public trust by the State of North Carolina and is now in the jurisdiction of the Town of Duck.”

Hovey, who owns Duck Village Outfitters and has for years led a crusade for public beach access in the northern Outer Banks town, posted the news of the Feb. 14 ruling on his Facebook page on Feb. 29. “It’s been a long struggle, but the public can now enjoy the beach in Duck, N.C. on the Outer Banks,” Hovey wrote.