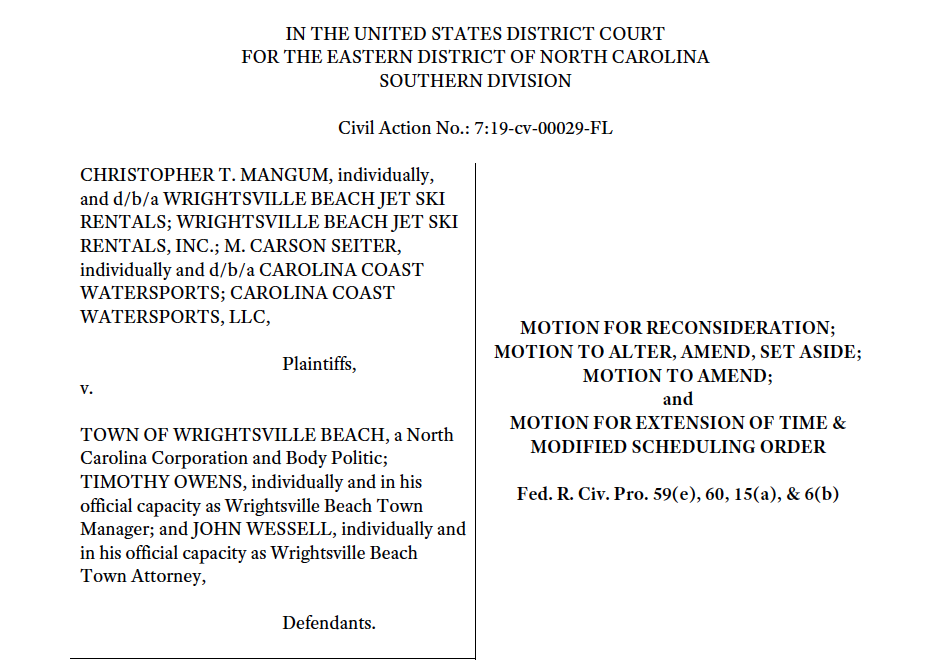 Last year a federal court judge granted a motion to dismiss filed by the Town of Wrightsville Beach in the lawsuit brought against the town by a jet ski rental company.

For many following the story, that seemed like the final nail in the proverbial coffin for the rental company, however, the owner of that company Chris Mangum isn’t ready to throw in the towel just yet.

Mangum has been operating his rental company for years, but once residents started complaining about jet skis in the Intracoastal Waterway (something the town has no ability to restrict), town staff went on the offensive against those providing the personal watercraft to visitors.