Mid-Atlantic
via N.C. Department of Insurance 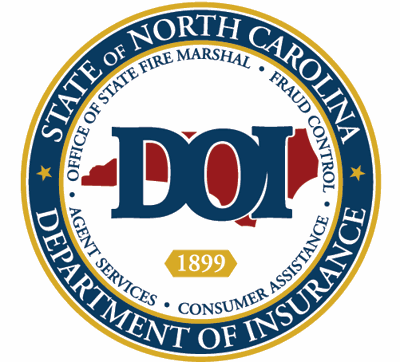 North Carolina homeowners are once again facing the possibility of insurance increases, and as has been the case for the past two decades, this proposed rate increase impacting all property owners statewide lacked adequate explanation or time to respond.

In mid-November N.C. Insurance Commissioner Mike Causey sent out a two-page press release announcing that the N.C. Rate Bureau, the representative of the accredited companies selling insurance in the state, is requesting approval for a 24.5% increase in insurance rates statewide for homes, condominiums and apartments. The request also includes wind insurance. The release went on to announce that public comments on the request would be accepted through Dec. 11 and that a virtual public meeting would be conducted 10 a.m. to 3 p.m. that same day which was this past Thursday.

The public notification of this proposal was extremely short on both time allotted for public comment, one month, and equally short on information about the reason for the increase.

The only explanation provided in Commissioner Causey’s release is “one of the drivers behind this requested increase is that North Carolina has experienced increased wind and hail losses stemming from damaging storms.” There is no mention of what storms are the cause nor any indication as to the losses suffered. It also fails to mention that there is an extreme disparity of rate changes with the coastal region experiencing the highest rate increases in all categories.

Anyone interested in the details of the rate increase would need to know to go to the Rate Bureau’s website to read and attempt to comprehend the two part, two thousand page filing.