Mid-Atlantic
via The Outer Banks Voice 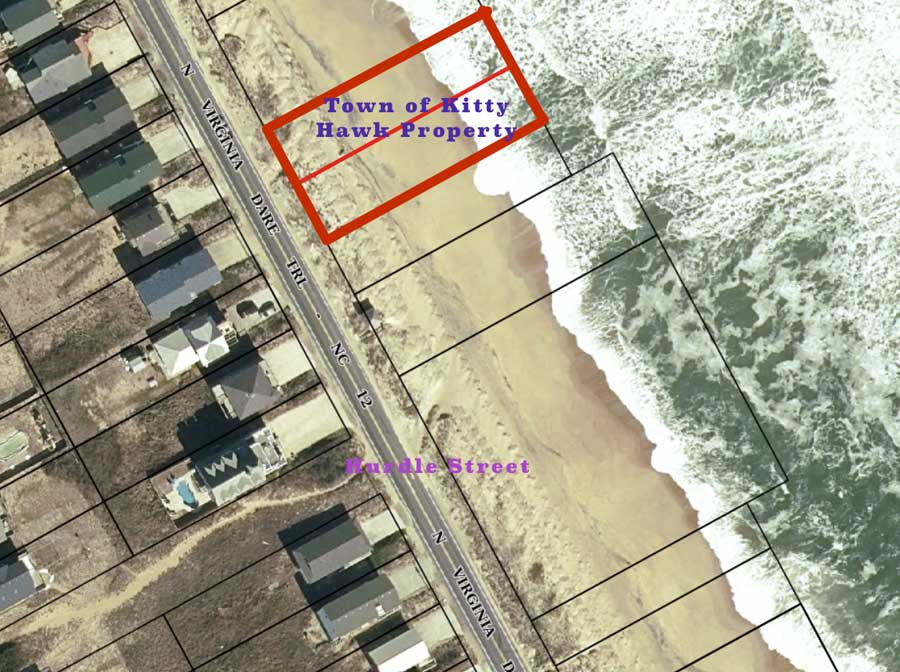 NC - In Kitty Hawk, a debate over a beach access

During its March 1 meeting, the Kitty Hawk Town Council voted 4 to1 to approve a survey of Hurdle Street, an undeveloped “paper” street that the town is eyeing as a potential site for beach access parking, which some officials say is woefully needed in the municipality.

The move is the first step in potentially developing a beach access on the Hurdle Street property, which is a dedicated town street that appears on municipal maps but was never built. Now just a sandy trail, it is located just south of Stack’ em High on the east side of U.S. 158.

But turning that site into a beach access has become a controversial topic in Kitty Hawk and is opposed by some residents who have been emailing council members with concerns that range from potential flooding and dune disturbance to increased traffic and an overcrowded beach.

Scott and Eileen Sisolak, who own property on nearby Hallett Street, are among those who have voiced concerns over the prospect of a beach access at that location. In a Dec. 30 email to Perry, they asked that the town not move forward with the project.

“We understand that you have a tough job trying to meet the needs of all the residents of Kitty Hawk,” they wrote. “However, this proposal is not going to solve the problem of beach access because the beach at the end of Hurdle Street is just not wide enough and way too prone to flooding.”