Mid-Atlantic
Two houses that collapsed May 10 are shown in this Cape Hatteras National Seashore photo from the previous day. 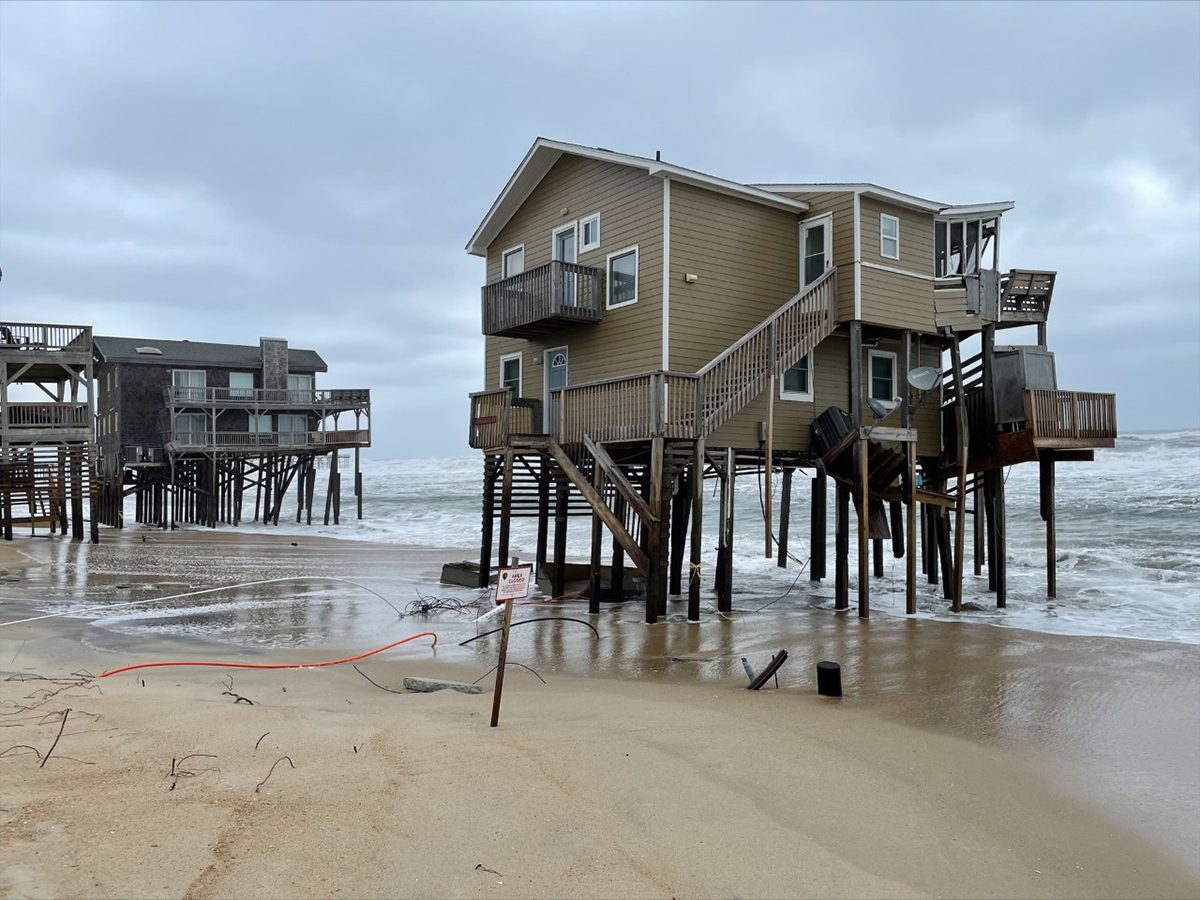 RODANTHE — Big houses falling into the ocean on the Outer Banks earlier this year had many people wondering why the government didn’t do more to proactively get the houses off the beach before they collapsed, with debris spreading for miles.

The changing climate has added urgency to already complex balances between private property rights and public trust issues. And instead of proactive measures, legal threats have instead resulted in apparent inaction.

“It’s very frustrating to look nationally and see we don’t have any great models for getting homes off the beach that are risk of collapsing,” Robert Young, director of the Program for the Study of Developed Shorelines at Western Carolina University, told Coastal Review last week.

As has happened in Nags Head and other beach areas, government measures are immediately met with lawsuits often with representation by legal advocates for private property rights that argue that such measures constitute a “taking” — essentially government taking private property for public use.

“There are very powerful interests that are seeking to protect this oceanfront resort economy,” Young said.

“They’re fighting over whose job it is to remove the houses,” Young said. “Everybody is suing everybody.”

In a May 31 op-ed in the Charlotte Observer, Young stated that climate change had increased the urgency to establish proactive coastal policies and encourage more realistic development.

Even though most oceanfront houses on the Outer Banks are investment properties, it is often the taxpayer and the local communities who pay the price when the houses collapse into the ocean. Only a small percentage of properties on the oceanfront are year-round homes, and the large majority are investment houses, Young said.

Young noted that some of the imperiled beach properties had sold within the past year. He pointed a finger at the real estate industry and the need for disclosure laws.

“So whose job is it?” Young asked during the interview, referring to removing teetering houses before they collapse. “I guess it’s God’s job.”

Willo Kelly, chief executive officer of the Outer Banks Association of Realtors, told Coastal Review that under North Carolina Real Estate Commission rules and standards, real estate agents have an ethical obligation to be truthful, but every risk is not necessarily apparent, predictable or even legal to talk about, such as a neighborhood crime rate.