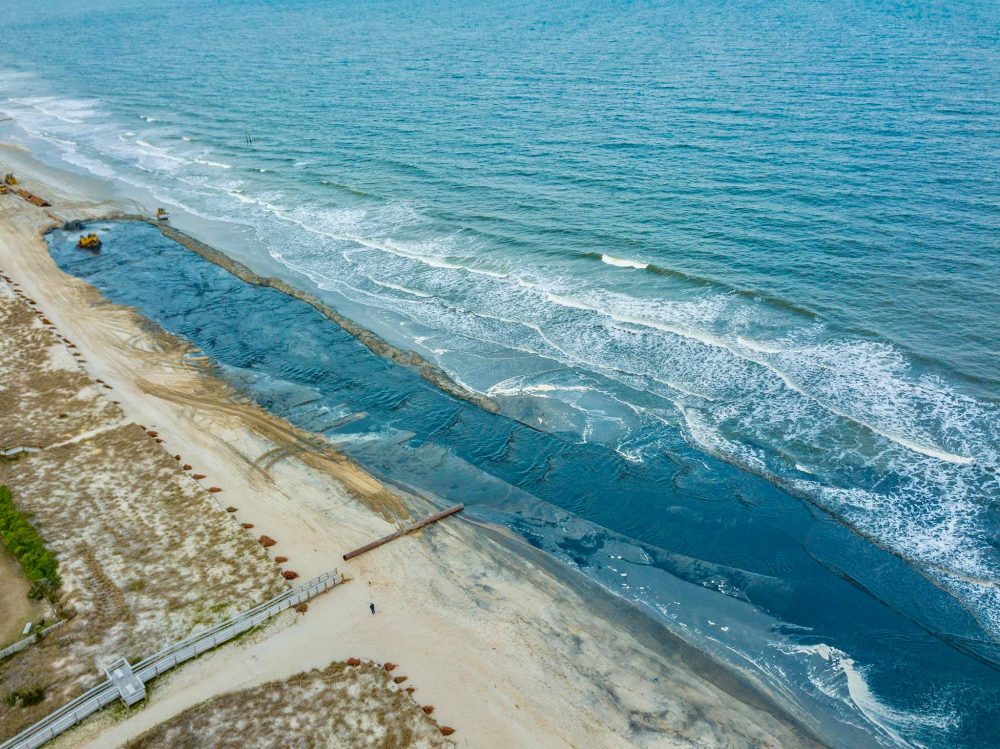 NEW HANOVER COUNTY — Beach towns in New Hanover County face a conundrum. Once a near certainty, federal funding for beach nourishment projects — which protect the shores against storms and erosion — is currently off the table.

Local leaders learned of the predicament two months ago after the U.S. Army Corps of Engineers, which manages the projects, released its federal work plan, showing no mention of Wrightsville, Carolina or Kure Beach.

The lack of focus on New Hanover County came despite the efforts of N.C. politicians like U.S. Representative David Rouzer (R-NC), who secured appropriations for the beach nourishment projects in federal spending bills signed by former President Donald Trump in late 2020.

The federal government previously agreed to contribute 65% of the costs for the upcoming Wrightsville Beach and Kure Beach projects. For Carolina Beach, the cost split would have been 50/50 between federal and non-federal funding.

Howard Marlowe, a Washington, D.C.-based lobbyist for a firm that works for coastal communities, said maneuvering for the limited amount of Corps funds is always an intense battle. He added that the Corps’ work plan is largely written prior to the moment Congress approves the funds.

“Congress authorized that project to receive money in December, but the work plan had already been completed by the Corps earlier in the month,” Marlowe said.