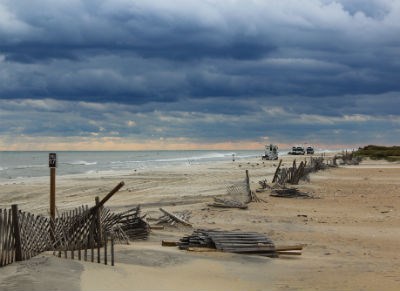 The doomed buildings include homes and a fishing lodge in the abandoned Cape Village and Portsmouth Village settlements, which predate the national park by a century or more.

The structures range in age, with construction dates from 1915 to 1957, the park told McClatchy News.

"Regrettably, storms and rising sea-level have taken a toll on some of the historic structures," Cape Lookout officials said in a news release.

"During the last three years, unrecoverable damage has occurred. ... While these structures are representative of important parts of our history, they now pose a serious threat to visitors and will have to be demolished."