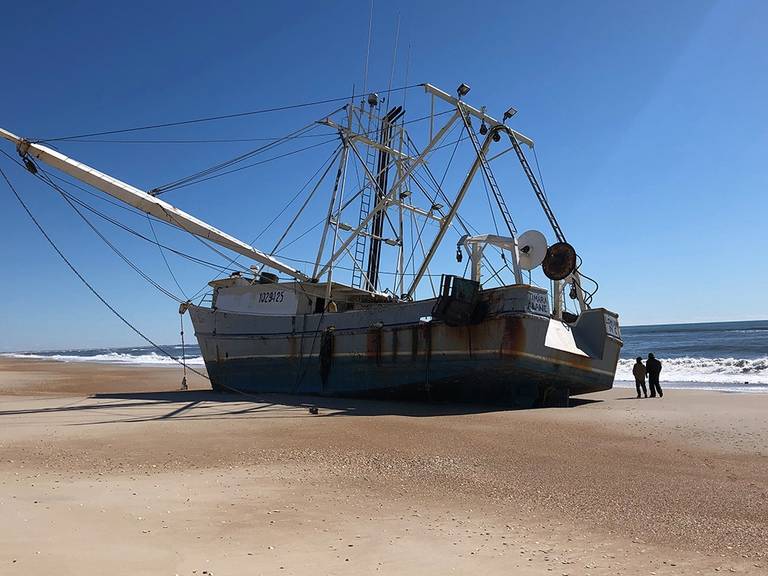 The infamous “Graveyard of the Atlantic” off North Carolina’s Outer Banks claimed its latest victim Friday on the shoals off Cape Lookout National Seashore.

Four crew members were lifted off the 78-foot fishing vessel as it was being dangerously tossed back and forth by waves, the U.S. Coast Guard said in a news release.

The Tamara Alane joins more than 2,000 vessels wrecked off the Outer Banks, where warm northbound Gulf Stream water collides with the cold Arctic current, according to NCPedia.org. Many of the ships vanished forever, while others are monitored as historic landmarks and treasure sites.