Mid-Atlantic
Looking down the length of the Oceanana Pier at Atlantic Beach toward the horizon. The increased costs and risks created by frequent hurricanes have added uncertainty to the state's piers, though they remain a draw for the economy and help build habitat for aquatic species. Jack Igelman / Carolina Public Press 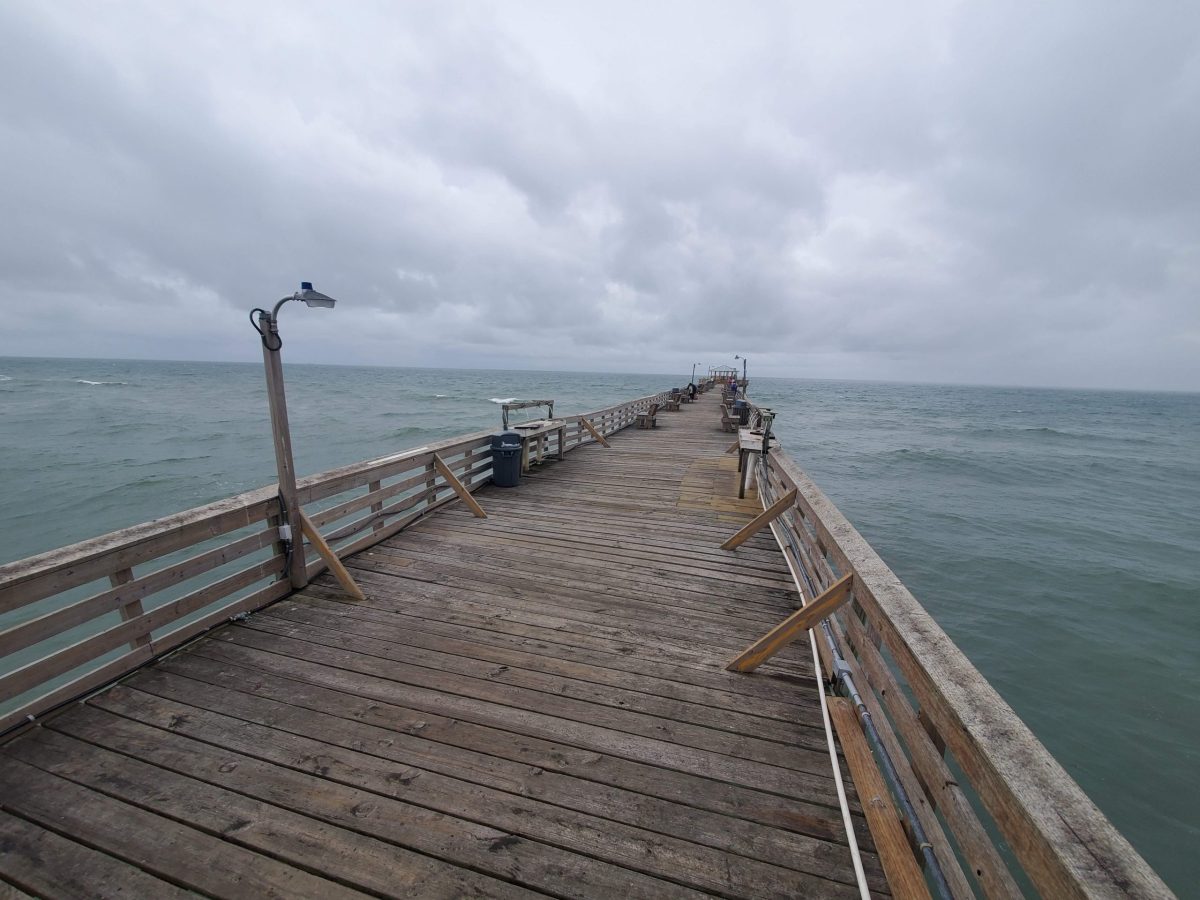 NC - Glimpsing the End of the Pier? Future Hazy for NC Coastal Icons

The Oceanana Fishing Pier in Atlantic Beach lost 150 feet of boardwalk along with the Barnacle Bar in a record high tide and tidal surge during Hurricane Florence in 2018.

The storm crashed into land near Wrightsville Beach then tortured the central North Carolina coast with fierce winds, devastating rain and a record-breaking storm surge of 13 feet that submerged the Oceanana’s deck.

Florence could have been a terminal blow to the 60-year-old pier, which also sustained damage from Hurricane Irene in 2011.

But Trace Cooper and his family, the owners of the pier, decided to rebuild in spite of the potential for more frequent and punishing storms in the future due to climate change.

According to Cooper, who also serves as Atlantic Beach’s mayor, it wasn’t an easy decision. In fact, the fate of the Oceanana and other ocean piers in North Carolina may be in peril, threatened by climate change, ebbing demand and rising real estate values.

Cooper told CPP that the cost to repair the pier is roughly $1,000 per foot. The last rebuild in 2018 and 2019 was nearly $300,000. Since the price of insurance is prohibitive, the Coopers incurred the entire cost to restore the pier.

“If you do the math, if we go 15 to 20 years without a hurricane, it makes sense to rebuild,” he said. “We’ve lost the pier twice in a decade. That’s never happened before.”

In the 1990s, Bogue Banks, a 21-mile barrier island near Morehead City, once anchored seven ocean piers to its shore.

Today, there are just two on the island; the 1,000-foot-long Oceanana is one of them. Two piers in Atlantic Beach, the Sportsman’s Pier and the Triple S Pier, were razed in 2006 to make room for development.