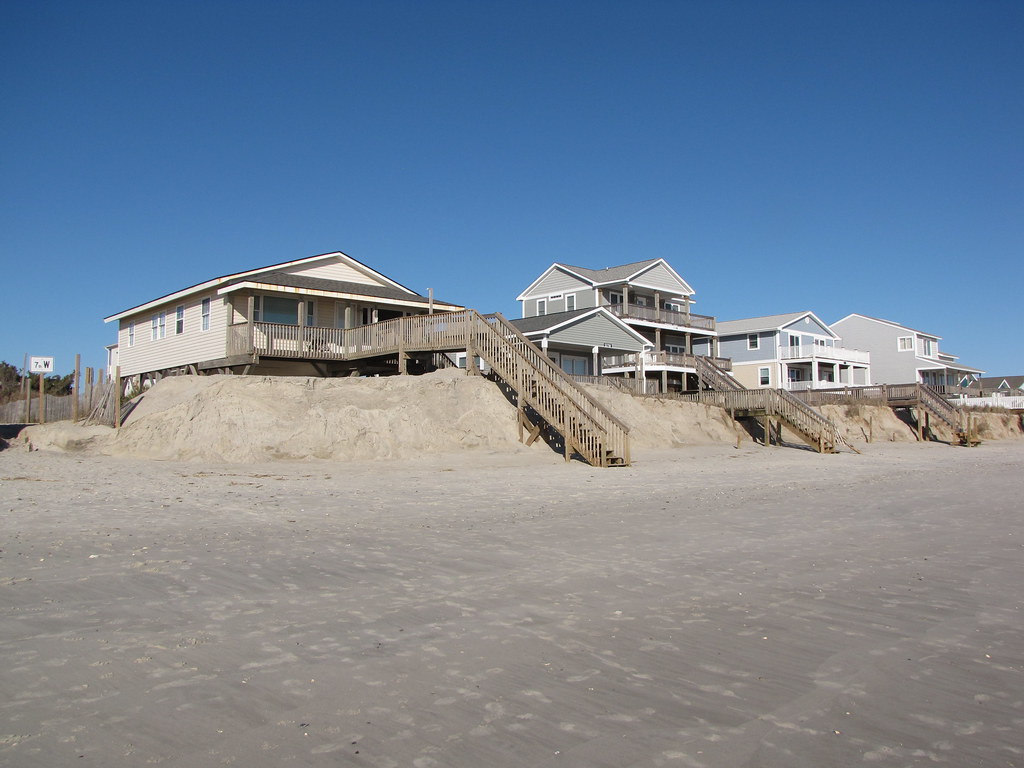 When it comes to hurricanes, Brunswick County’s dunes take a beating.

But officials in several beach towns say Hurricane Ian’s punch wasn’t as bad as the blow delivered by Isaias in 2020.

The full force of Hurricane Ian, a Category 1 storm, hit Brunswick County around 2 p.m. on September 30. The county’s beaches took the brunt of the storm during high tide, and as a result, waves breached the dune line in several towns.

“There was a dune breach on the very east end of South Beach (next to the Shoals Club),” Faulkner said, in an email.

So far, Faulkner said the village has not been notified of any available funding for Hurricane Ian, and it is not planning to do any beach renourishment or re-building.

The Shoals Club may pursue an “emergency dune push,” but Faulkner said the project would not be funded by the Village.

She did say after Hurricane Isaias, Bald Head Island received about 1.61 million cubic yards of sand from the routine Wilmington Harbor Inner Ocean Bar Project, part of the Wilmington Harbor Sand Management Plan, which provides sand to Bald Head Island, Caswell Beach and Oak Island on a regular basis. The sand comes from the dredging of the shipping channel at the entrance of the Cape Fear River.

“The Village is expected to receive more sand along South Beach this winter as part of this Army Corps of Engineers funded project,” Faulkner said.

Lisa Anglin, administrator and clerk for Sunset Beach, said the town lost about 30 feet of its dunes, but there were no breaches within the town limits. Anglin said breaches occurred on Bird Island, which is undeveloped. She added the town would not need beach renourishment as a result of Hurricane Ian.

Oak Island began assessing damage to its dune line immediately after the storm and used its Unmanned Aerial Systems Division to complete an aerial survey of the beaches. That drone footage was compared to video taken two days prior to Ian.