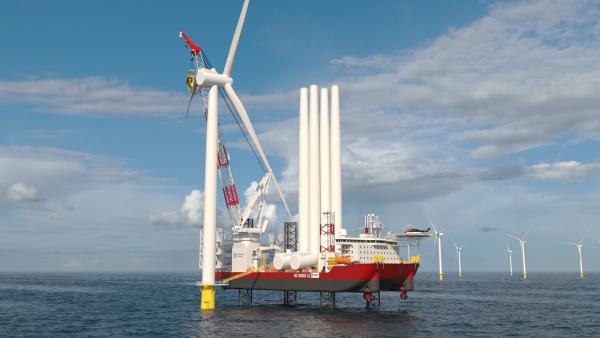 Two wind turbines, each as tall as the Washington Monument, stand sentinel 27 miles off the Virginia coast, the nation’s first offshore wind installation in federal waters.

The pilot project began producing power last October, but is just the beginning for an industry poised for massive growth over the next decade. Longtime conflicts with the fishing industry remain, as well as some landowners, but with the help of a major push from the Biden administration, offshore wind may finally advance in the Atlantic.

Virginia’s Dominion Energy (which also serves large sections of North Carolina) plans to install nearly 200 more ocean turbines east of Cape Henry over the next five years. And developers have permits pending for 10 more offshore wind projects along the East Coast, from North Carolina to Maine.

The ambitious goal is to generate 30 gigawatts of offshore wind power by the end of the decade, enough to power more than 10 million homes and cut 78 million metric tons of carbon dioxide emissions. That’s roughly the carbon equivalent of taking 17 million cars off the road for a year.

“Nowhere is the scale of that opportunity clearer than for offshore wind,” National Climate Advisor Gina McCarthy said in announcing the new plan.

The projects could support tens of thousands of jobs, from maintenance at sea to steel production far inland.