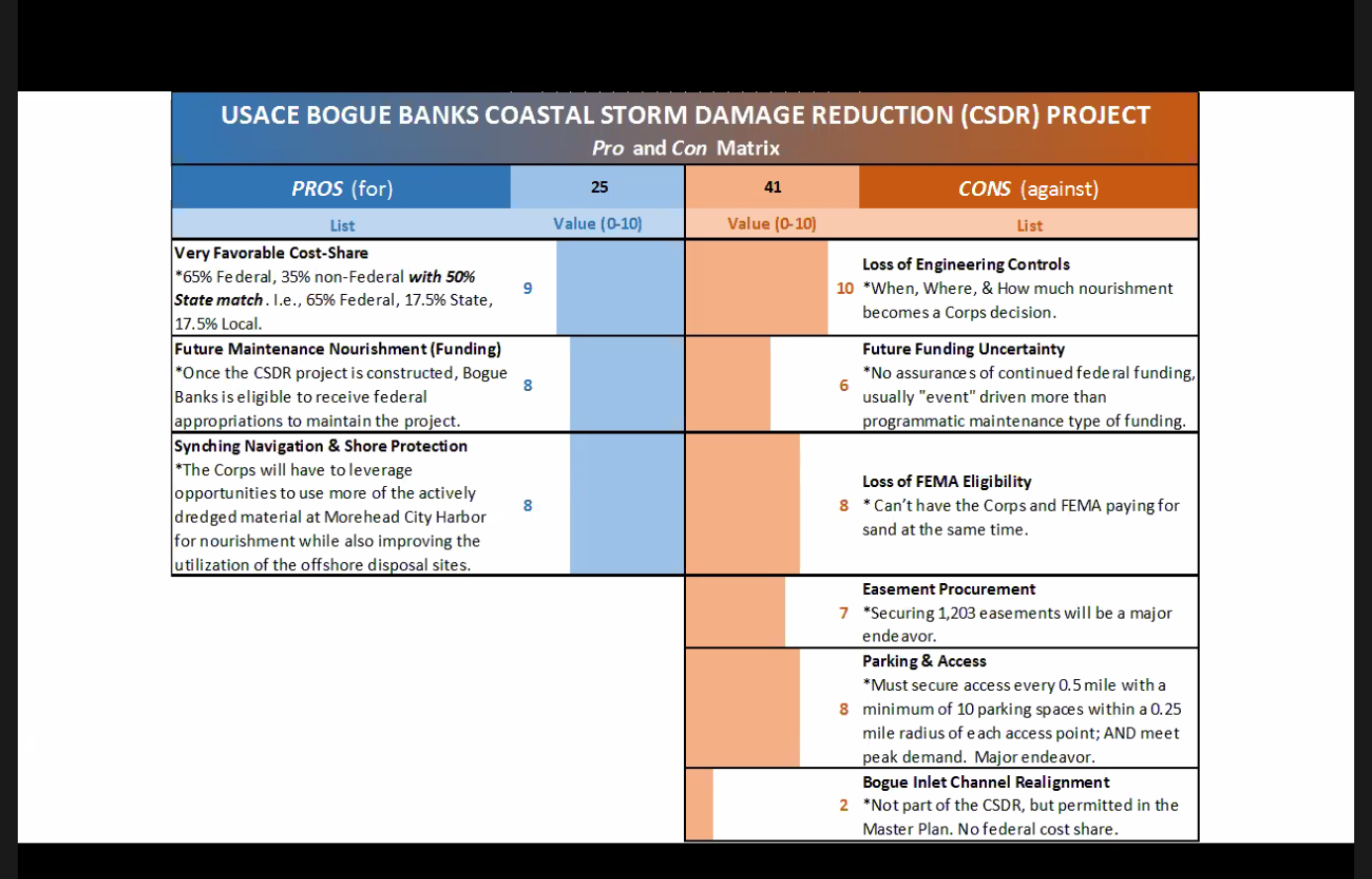 EMERALD ISLE — The Carteret County Beach Commission got a briefing Monday on the pros and cons of proceeding with a U.S. Army Corps of Engineers 50-year master plan for Bogue Banks beach nourishment, but made no decision and willconsult with officials in the towns on the island.

Several members of the panel, which advises the Carteret County Shore Protection Office, expressed misgivings about the plan.

The meeting was in the Emerald Isle commission meeting room, with several members participating remotely by Zoom.

Mr. Normile and Atlantic Beach Mayor Trace Cooper, chairperson of the beach commission, also expressed concern about the costs to meet the 50-year federal plan’s requirement that the entire 22.7-mile project have a public beach access every half mile, with a minimum of 10 parking spaces anywhere within a quarter-mile radius of each.

Mr. Cooper noted it would be very expensive to buy the property for those additional accesses. Others noted that while access is desirable, some don’t want parking lots in their neighborhoods.

Mr. Rudolph said while his office supports beach access, “Acquiring property, easements, construction and maintenance of the parking areas, and consideration of neighborhood property owners are also major costs and political endeavors that must be factored into the decision-making.”

The county has been working on the federal plan for more than a decade, and the ACE last year announced it had approved a $44 million allocation to bolster the plan, which establishes a schedule, with federal cost-sharing, for nourishing beaches on the island over 50 years.

The ACE has already approved the plan, formally known as the Coastal Storm Damage Reduction plan, but had not until last year provided any funds for it. It’s been in the works for more than a decade.