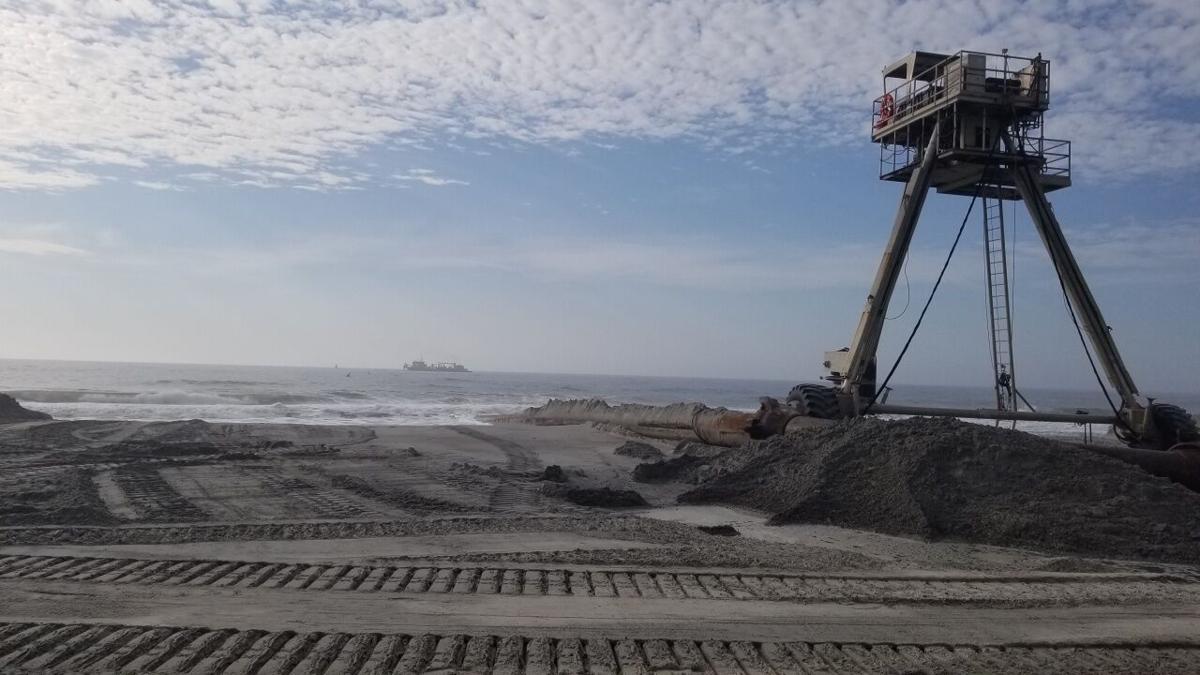 “The Liberty Island has been working … through the fog, wind, and other elements this past weekend,” Mr. Rudolph said in an email. “She has a 6,540 cubic yard capacity or, as I like to think of it, she can hold 6,540 cubic yards of air.

“In reality, she is holding/transporting, pumping closer to 5,000 cubic yards, which immediately tells me we’re pumping some really nice, heavy sand.”

The area where the work is occurring now is the farthest segment in the project from the sand borrow site off Atlantic Beach, Mr. Rudolph added, so it’s taking roughly six hours to complete a cycle. That cycle includes dredging, sailing to west Emerald Isle, pumping out the hopper dredge to the beach, then sailing back to the borrow source.

“Loosely, that’s 20,000 cubic yards a day (and) that’s really good considering the sail, and that cycle time will get shorter once we complete the far western Emerald Isle reach and move to central Emerald Isle and closer to the borrow site,” Mr. Rudolph said.