Mid-Atlantic
The second Rodanthe home after it collapsed on Tuesday afternoon, May 11. Photo by Don Bowers. 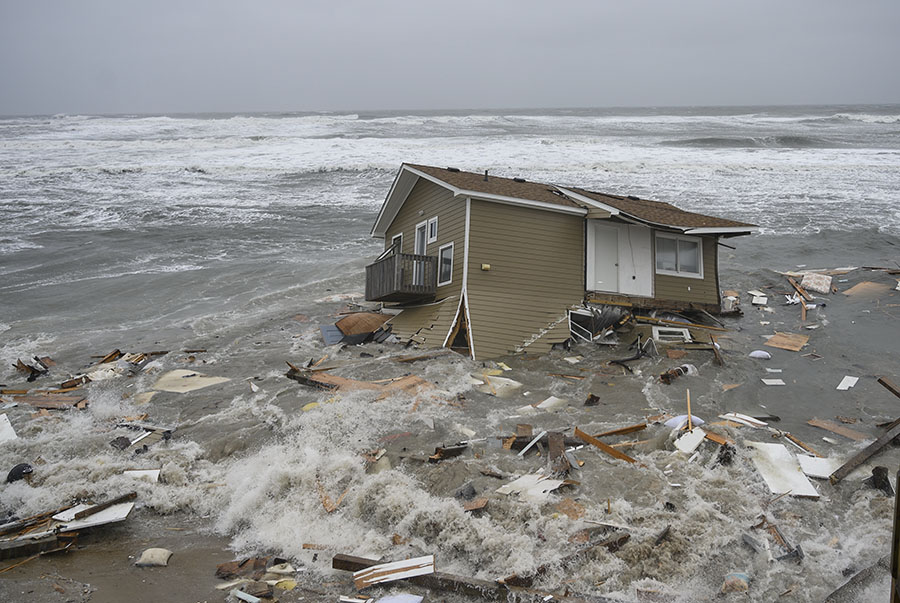 NC - Editor’s Blog: So did you hear about the homes that fell into the ocean last month? Let’s discuss

One of the more unique aspects of living on a barrier island is that your hometown tends to make the international news on a semi-regular basis.

Five years ago, the Outer Banks graced the global headlines for the happy formation of a new and very temporary island – Shelly Island – which appeared off Cape Point in Buxton.

Three years ago, Ocracoke Island and southern Hatteras Island had a more ominous rotation in the international news cycle with the onslaught of 2019’s Hurricane Dorian.

And in 2020 and 2021, there was a wide range of worldwide attention that ranged from the Outer Banks’ popularity as a tourism destination during the Coronavirus pandemic, to a Rodanthe house collapse in May of 2020 that led to miles of beach debris, (which should sound familiar.)

It’s momentarily fascinating to be at the center of these big stories, and to realize that we just received another 15 minutes of fame, but one could argue that all of this previous coverage is minimal compared to the viral sensation that occurred last month.

Sometime before dawn on Tuesday, May 10, a house in Rodanthe fell into the ocean. Then, roughly 12 hours later, a second house also fell, all during the height of a multiple-day nor’easter.

The Cape Hatteras National Seashore shot a video of the second home collapse, while it was occurring, which was posted to their social media channels.

Then the world went nuts. In about 48 hours, the video had reached more than a million people. In fact, the Facebook video has had 5.6 million views as of early June.

Newspapers and media outlets around the world latched onto the story of “the house that fell into the ocean,” all with slightly different perspectives. Meanwhile, on social media, the public weighed in heavily on the video, and not all of the online comments were terribly nice, (imagine that!)

(Side note: During this frenzy of attention, I had the genuine pleasure of being interviewed by journalist Jeremy Markovich for a piece he wrote on the topic for the North Carolina Rabbit Hole. It’s a brilliant article, and to be honest, it’s one of the most digestible explanations I’ve ever read on the subject… and I include my own articles in this assessment.)

In any case, many folks who were effectively introduced to the Outer Banks the moment they saw the home collapse wondered how our community could allow building that close to the ocean, how we were so irresponsible to not recognize the phenomenon of sea level rise, and how we, (as an island community), even exist to begin with.

But the story of why two homes collapsed into the ocean within a 12 or 24-hour period isn’t condensed into a 90-second video. Instead, it’s a decades-long story that reached a natural conclusion last month

Millions around the world may have been shocked by the homes’ collapses, but locals were not at all surprised.

While the world shouted “WOW,” Hatteras Island muttered “meh,” with a familiar undercurrent of “This is going to be a bitch to clean up.”

So, why was the island community blasé or shell-shocked, (depending on what you read), while the rest of the world had their mouths agape?