Mid-Atlantic
The weathering timbers of the schooner G.A. Kohler are washed by the surf. David Rolfe / Journal 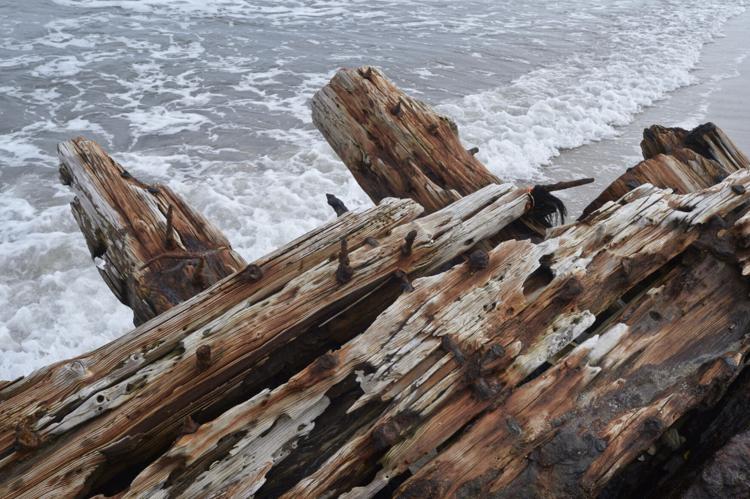 NAGS HEAD — A curious, crusty piece of metal protrudes above the ocean surface off the Corolla shoreline in sight of posh beach homes.

It is part of the former USS State of Georgia, a side-paddle steam ship that captured blockade runners for the Union during the Civil War and towed ironclads to battle. It took a direct hit from a Confederate cannonball in the process.

Diver Marc Corbett has explored the wreck, described its remains and researched the vessel's little-known heroic history. And he's just getting started.

Corbett, 54, is on a quest to find and research every wreck off the coast of the Outer Banks up to 400 feet under the surface and write a book on his findings. He's dived on 59 of the approximately 90 wrecks he knows of from Corolla to Ocracoke.

In the process of his work, Corbett has identified formerly unknown wrecks like the SS Mountaineer, a wooden hulled steam ship that wrecked off Kitty Hawk in 1852. It was known back in the day as the Wink's wreck because it sat offshore from the store by that name.